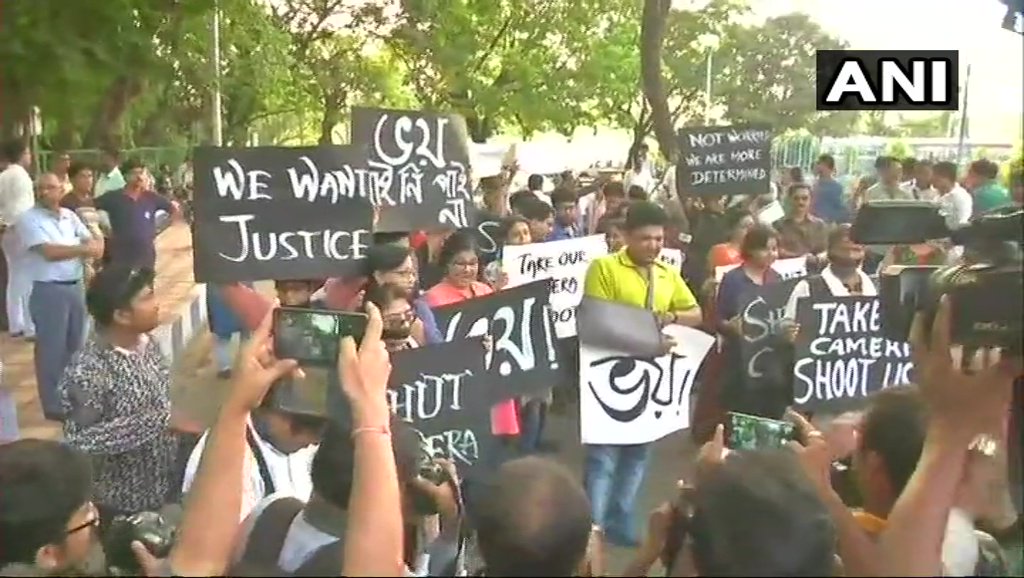 The attacks on journalists and press photographers covering the panchayat poll process in West Bengal is reprehensible. Such intimidation and violence adversely impacts free and fair reporting of the electoral process, and also impinges on the public’s right to know, says the NWMI.

The Network of Women in Media, India (NWMI) is alarmed over the escalation of intimidation and violence during the poll process in Hooghly, Birbhum, Coochbehar and other parts of West Bengal during the run-up to the panchayat elections in the state. According to media reports, the period from April 2-9 and again from April 23 onwards saw violent incidents not only between contesting political parties but also several attacks on reporters and photographers including reports of stripping of a photojournalist in Alipur in South 24 Parganas when he had gone to cover the nomination filing process on April 9.

Women journalists are particularly vulnerable. One among them was Pragya Saha of Aakash Bangla channel who was whisked away on April 23, while covering proceedings related to the polls in Alipore Court in Kolkata and held in a room for almost three hours. Narrating her horrific experience, Saha said: “A group of youth forcefully took me to a room in a slum area. They spoke with me in filthy language and confined me for four hours. They also threatened to harm my family if I opened my mouth. They also formatted my phone.”

After being rescued following her colleagues’ calls to the Police Headquarters and political leaders, Saha said she was too traumatised at that point to file a police complaint and wanted first to speak to her office and family.

Another journalist, Suchandra Dey wrote in Bengali daily, Anandabazar Patrika, on April 24, about her predicament when she had gone to cover an incident of violence in Katwa’s Panuhat. She said that she and her photographer, along with another journalist, rushed to the spot upon hearing about violence in the area. When they stopped at Indarapara More to photograph and video record (on cell phones) a group of people heckling a local tea shop owner over allegations of political discord, several men charged at them. During the attack, she was punched on her chest and her cell phone was also misplaced in the melee. However, some of the bystanders came to their rescue. “The person who had hit me had his face uncovered,” said Dey. “I don’t know his name but I remember his face.”

Following the Press Council of India’s suo moto notice of the attacks on journalists and on April 13 seeking a report from the West Bengal government, Chief Minister Banerji’s denial of the incidents before an investigation does not bode well for a fair inquiry and action against those guilty.

The NWMI and its West Bengal chapter Bengal Net strongly condemn the attacks on journalists and press photographers covering the poll process. Such intimidation and violence adversely impacts free and fair reporting of the electoral process, and also impinges on the public’s right to know.