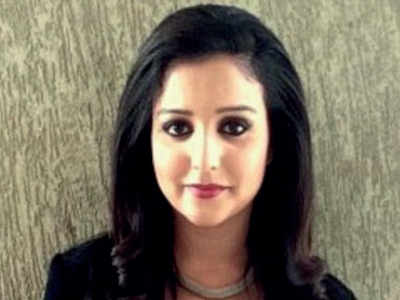 The Network of Women in Media, India (NWMI) registers its unequivocal condemnation of the appointment of Ms Jagrati Shukla as consultant to Lok Sabha TV, as is being reported widely in the media, and as being claimed by Ms Shukla on her social media profiles.

The Network of Women in Media, India (NWMI) registers its unequivocal condemnation of the appointment of Ms Jagrati Shukla as consultant to Lok Sabha TV, as is being reported widely in the media, and as being claimed by Ms Shukla on her social media profiles.

Ms Jagrati Shukla has earned notoriety as an internet troll who regularly and repeatedly indulges in hate speech, calling for genocide of Kashmiris, justifying the killings of Sikhs during the 1984 riots, and maliciously identifying individuals as Dalit and asking them to “go clean toilets” and several other such tweets. All such instances of hate speech are prosecutable offences under various criminal laws of the country.

We are shocked that the highest body of parliamentary democracy in India, the Lok Sabha, deems it fit to appoint someone like Ms Jagrati Shukla as consultant to a television channel run by it. We fear that her involvement will only undermine and discredit the high standards of Lok Sabha TV, which has gained widespread appreciation and respect for its programming.

Lok Sabha TV, as India’s Parliament channel, is mandated, as a Public Broadcaster, to produce and showcase ‘programmes revolving around different facets of democracy including legislation, governance, social, economic, legal and political issues.’ The home page of the channel’s website says, “Keeping its focus on knowledge and research-based content, over the years Lok Sabha TV has become the platform for meaningful debates, discussions, documentaries …” The CEO’s page states, “Lok Sabha TV (LSTV) is the medium to build objective perspective of viewers on parliamentary affairs in the country … constantly endeavours to empower the people of India by promoting greater accountability and transparency in governance – two major components of democracy.”

As a network of women media professionals, we have consistently called for more gender balance in the media in terms of both personnel and content. However, purveyors of hate speech, irrespective of their gender identity, cannot be associated with any professional media organization, least of all a public broadcaster which is mandated to represent the voice of the people of India and their elected representatives.

Indeed, the public has the right to know the criteria, the process, and the credentials based on which Ms Shukla was appointed as a consultant to this august institution. Surely even a cursory review of her profile and record would reveal her undisguised divisive, violent and inflammatory stance?

We demand that Ms Shukla’s appointment be revoked immediately to reassure the people of India that this government and this Speaker stand for decency and humanity in public life, and that they will not hand-pick delinquent individuals who promote hate by rewarding them with official positions, especially positions through which they can further spread hateful ideas.

“Security for journalists a foundation for fair election reporting”: NWMI