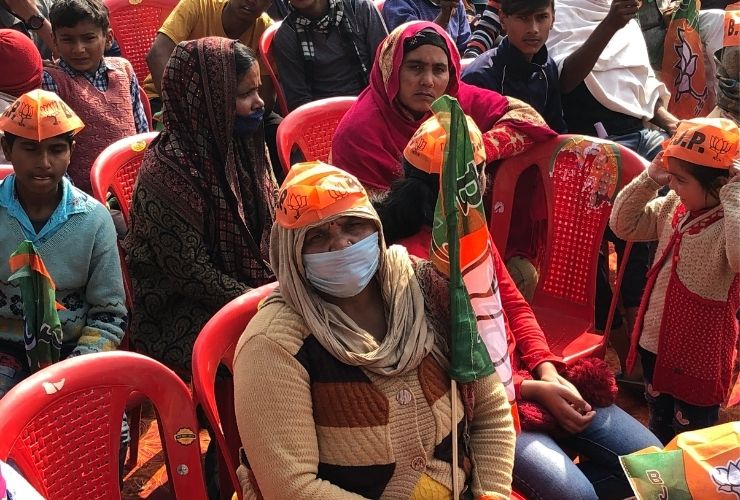 NWMI Fellows On Their Experience

The Prime Minister, Narendra Modi, recently said he was confident that women in Uttar Pradesh would vote for the BJP because, under his party’s rule, the state had become a place that was “safe and full of opportunities for women”. But how real is that claim?

When you read the headlines about Hathras and Unnao – and how the government went into victim shaming and denial – it seems that little has changed in U.P.

But as the state votes to elect a new government, I decided to look beyond the headlines and public perception. I studied government data on crime, poverty, unemployment, sex ratio and health to do a sort of fact check of Mr Modi’s claim.

For brevity’s sake – the BBC has a word limit for articles – I left out some of the details, such as how more children die at birth in UP than in the conflict zones of Syria or Iraq. Or, how the National Crime Records Bureau (NCRB) data on crimes against women shows alarming increases in numbers in 2017 (56,011), 2018 (59,445) and 2019 (it peaked at 59,858) – before falling to settle at 49,385 in 2020, which is just a little over the 49,262 cases in 2016, the last year of the Samajwadi Party government. The fall in 2020, the last year for which figures are available, is attributed by experts to the lockdown and restricted mobility on account of the Covid-19 pandemic.

There has, no doubt, been some improvement in living standards in the state over the past five years. But is that enough to lend credence to Mr Modi’s claim that women are thriving in UP?

You can find the full report here:

UP election: Are women really thriving in Uttar Pradesh as PM Modi claims?