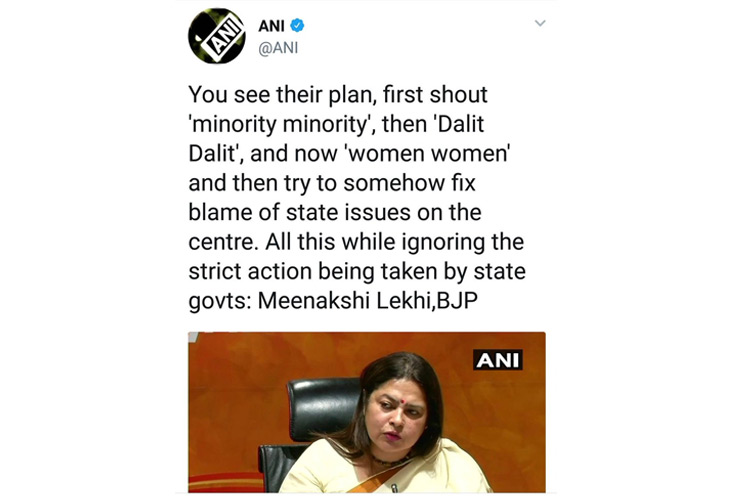 It looks as if it’s not just Bengaluru, but Karnataka as a whole, that’s unfriendly towards women in politics.

According to this report in The Economic Times (also published in the Bangalore edition of The Times of India on 17 April, p2), “On an average, only 5% of women who contest elections manage to win in Karnataka, with the 2008 and 2013 elections reporting just 3%.”  The state’s performance on this score is reportedly worse than 11 other major states.  Unfortunately the rest of the report does not shed much light on why this is so, especially in a state that was a front-runner in enabling women’s participation in Panchayat Raj institutions a decade before the 73rd Constitutional amendment extended Panchayat Raj and reservation for women in grassroots politics to the rest of the country. 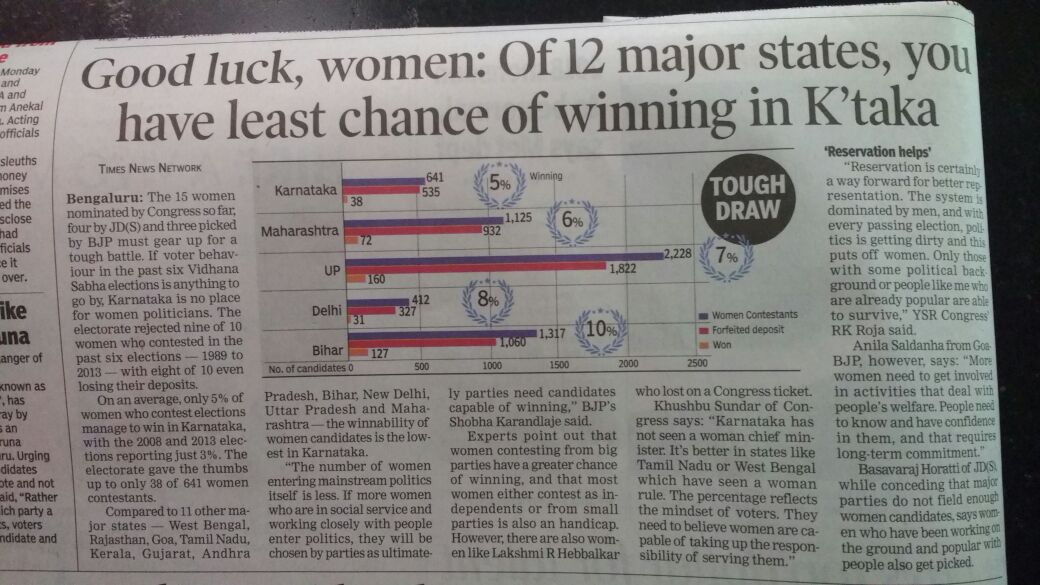 However, cheek by jowl with this report in the TOI was another one which illustrated one of the points made in it:  that contesting as independents or from small parties is generally a handicap.  The second report highlighted the fact that four women who had “courted controversy and taken on political heavyweights” are now all set to “take on politicians in the electoral fray” and, what’s more, “are expected to put up a tough fight.”  At least two of them are apparently likely to contest against their powerful betes noires even though they have been denied tickets by “mainstream” political parties. 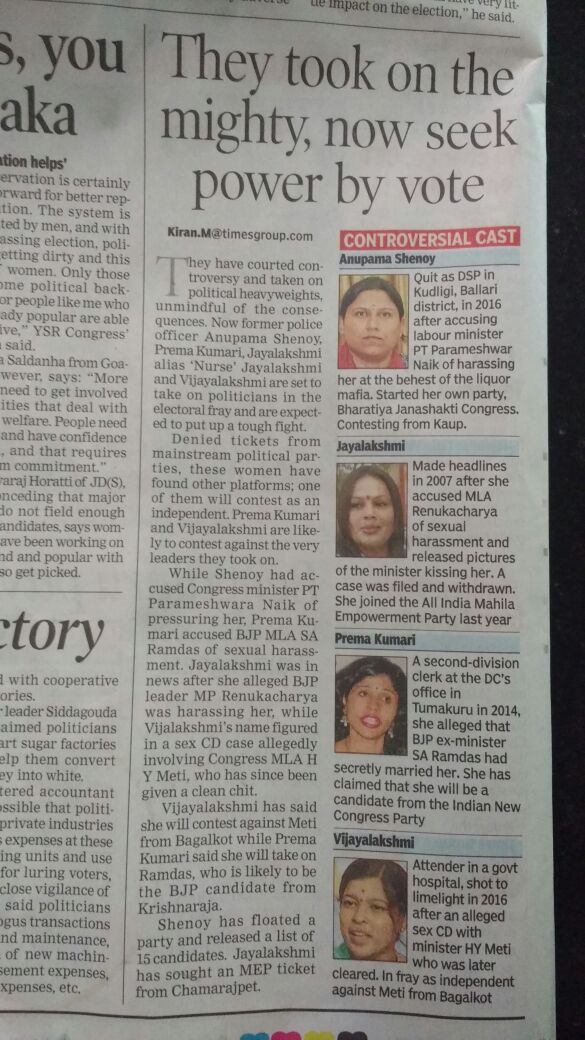 Looking back into history, The Hindu found that female ministers have been few and far between in Karnataka. A single column report under the slug, “A look back” (Bangalore edition, 17 April, p4), which does not seem to be available online, begins with the first female minister in the state and ends with the fact that “the maximum presence of women in any Ministry was in 1999…when four were in the Cabinet.” 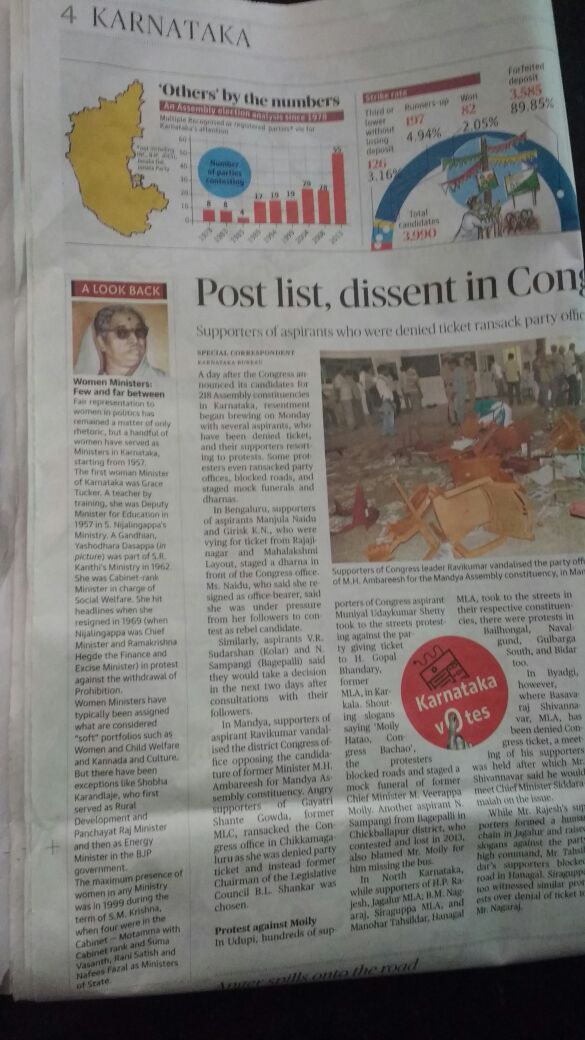 Moving back to the present, a report in the New Indian Express (17 April) revealed that the BJP is gearing up to hold a dozen women-only rallies on a single day in Karnataka in the third week of April “to counter Opposition attempts to portray the BJP as weak on the issue of women’s safety in the wake of the Kathua and Unnao rape cases.”  Top female leaders of the party, including Union ministers, are expected to address the gatherings. 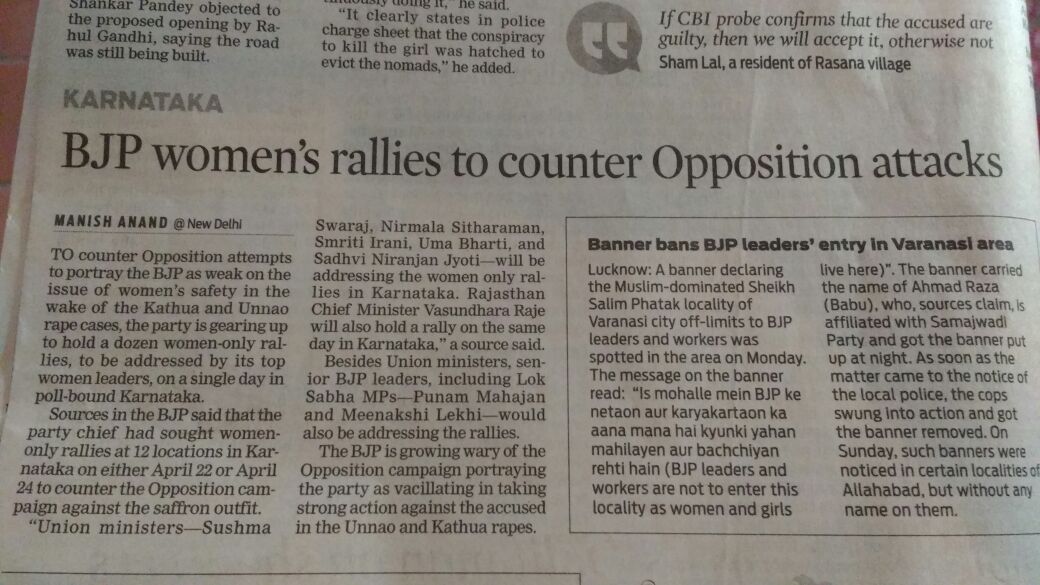 It is another matter that almost all of them have been silent on the subject while people across the country have been agitated about it – some seen on camera to be evading questions from the media – while the comment of one was particularly objectionable. 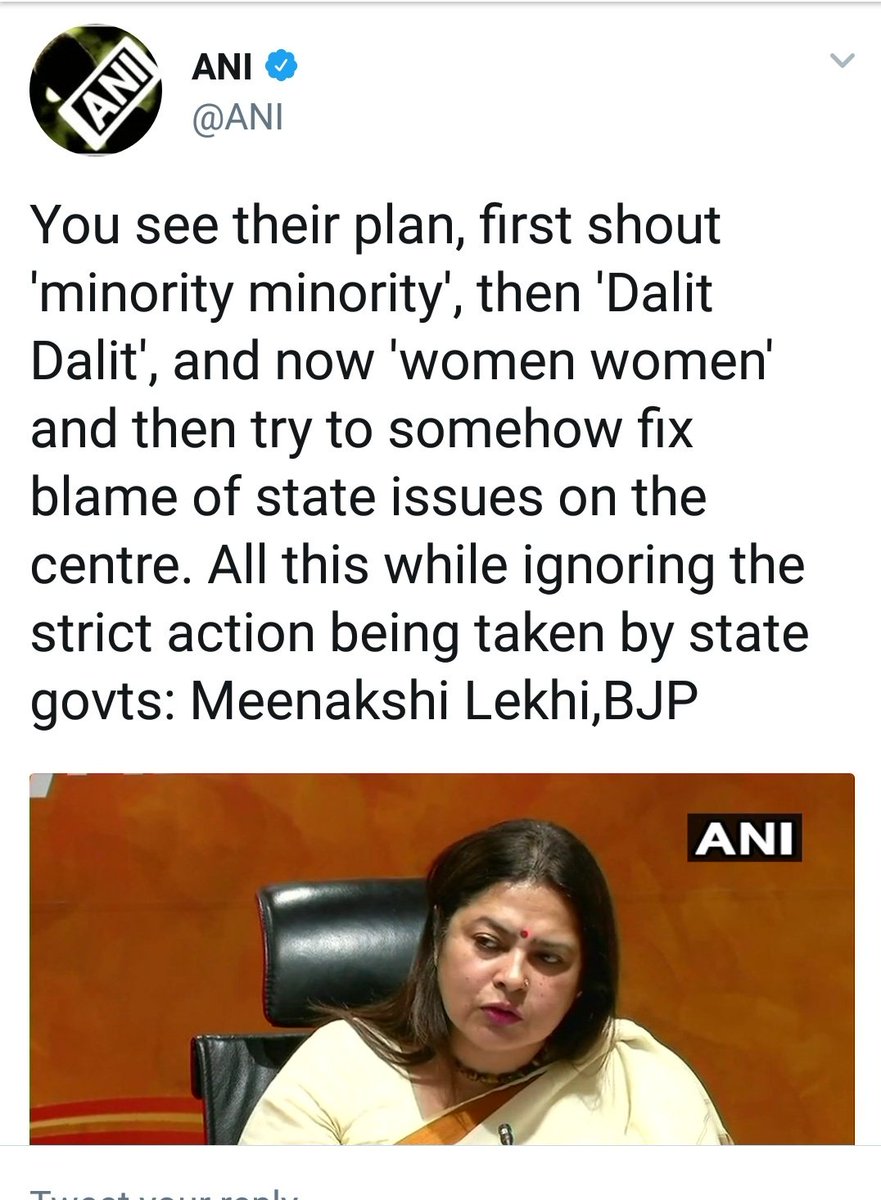 Interestingly, Maneka Gandhi, minister for Women and Child Development, who has (expectedly) called for the death penalty for those convicted of raping minors below the age of 12, is not among the listed leaders expected to address the women-only rallies in Karnataka. Mysteriously, however, Rajasthan Chief Minister Vasundhara Raje is expected to hold a rally on the same day in the state – the report does not mention what she will be talking about.