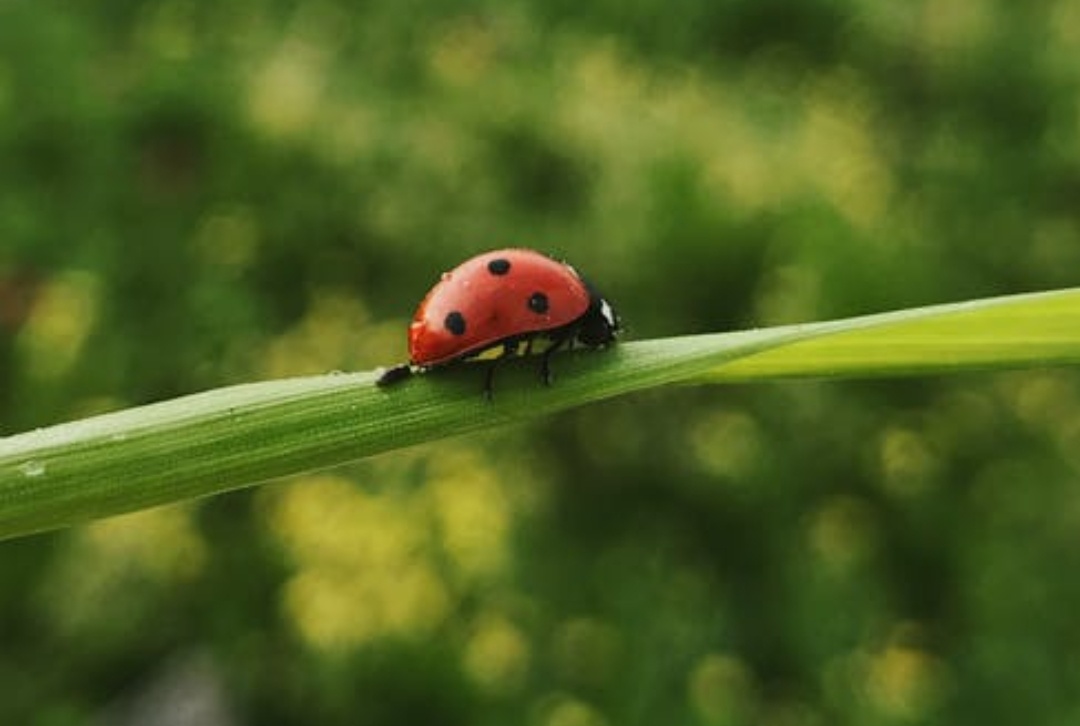 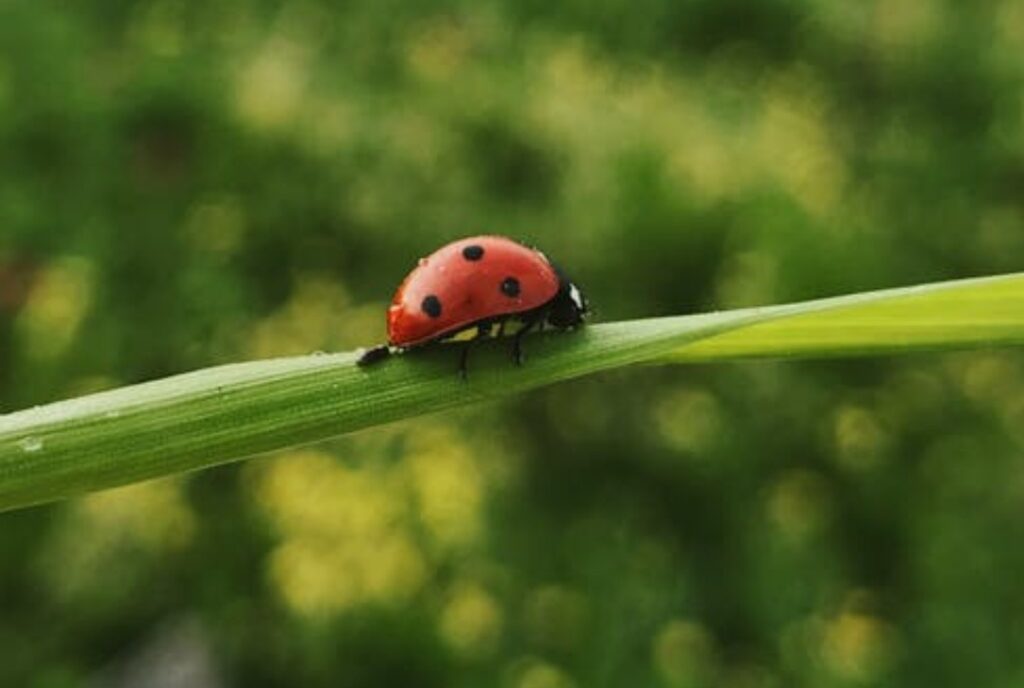 I have been very closely following the #metoo conversations going on in social media. One hell of a triggering experience it has been. Just so many women, bearing the scars that I’d been trying to hide all this while. Hugely triggered, but I still didn’t feel like sharing anything. I had nothing new to add, and I had deadlines to meet.

But then the phone rang, and everything came flooding back. And I had to write this. I write without taking names because it does not matter who the abusers are; what matters is what they did. I only want to tell you about the hundred and ninety-ninth way one can get sexually harassed by work seniors.

It was some time in 2008, the year I shifted to Kolkata, that I first got a call asking for Ladybird. Initially, it was just one or two, and then the frequency of daily calls increased. They came at all times of the day, especially in the night. So, I saved the numbers as X, X1, X2, X3 to know not to receive them when they came. They wanted to speak to Ladybird which, or who, I wasn’t.

Then one night, a caller asked me: “Rate kya hai (what is your rate)?”. I was on night shift, busy making pages. “Kis cheez ka (for what?)” I asked back mechanically, and while I tried to make sense of the conversation, something kicked me in the guts.

The next morning, I began calling these numbers one by one. Most did not take my calls. The first one who answered asked to call later— “now, I am with family”—but on being pressed with a stern, no-nonsense voice told me where he got the number. “The toilet at Haldiram’s restaurant. But I brought it to the notice of the management and asked it to remove it from there,” he said. Others spoke of tea shops, a sleeper coach of an express train, public toilets and so on. Someone had scribbled my number, alongside ‘LADYBIRD’.

All these guys had been calling me fantasising about sex with Ladybird. Whoa!

What rang the bell was a particular restaurant close to my former office in Siliguri where the office people would occasionally go for tea and pakoras. Sometimes I also used to join in. The number X2 guy, a tourist, saw my number at the toilet there, and he called to “just chat” because he was lonely, “otherwise I am a very decent man.”

After several calls, I discovered a pattern. They came from places a senior colleague of mine from my past company frequented, so much so that it was also on the sleeper coaches of the train he used to take frequently to travel to his family home—he used to travel sleeper class, except on work when the fares were reimbursed by the office. I had some callers phoning from the moving train itself!

It became clear that the “mischief” was the doing of my ex-boss who was then in his late 40s. Calls came from everywhere in the state and also from outside, wherever he travelled. By just mapping the origin of the calls, I could trace his movements. When he began covering south Bengal, I started getting calls from there. I heard names of small towns and villages in Bengal I did not even know existed. I would ask my callers about their place, and they would hang up. I never got my guesses wrong. I would check with my former colleagues at my former office and its headquarters to confirm: “By any chance is he is Delhi now… There I knew it!”

I was forced to quit my previous job because of this man.

At first, he was nice. He was friendly, interesting and also helpful. But in no time, the friendliness tightened around me like a python. I found myself being chased by this man EVERYWHERE—press conferences, PR events, exclusive interviews, exhibitions. Somehow or the other, he would just manage to sneak in. Then my friends and colleagues from other media houses began to tell me that he would call them and ask them about me. Things like, “I heard that she had come, who did she come with? How you know her?… What do you know of her? What about the men in her lives?”

The stalking assumed ridiculous proportions when he visited my place in my absence (I was on an assignment), and without my knowledge. When I confronted him, he said he had gone to meet my folks at home because he wanted to greet them on Poila Boisakh (Bengali new year).

Then, one day, I finally put my foot down. I now forget what I said, but I remember screaming so loudly at office that people from other departments had come running to the door. He apologised, I remember. He almost shed tears, and also almost fell at my feet. No, I am not exaggerating.

It was a really strange situation, and very confusing for me, because otherwise he was a very decent person. True, this. He was very soft-spoken and gentle, always respectful towards me and other women, never made any indecent remark or touched me inappropriately. He took permission—yes, you heard it right—when he wanted to give a New Year hug at an office-sponsored party where his wife was also present among us.

He only stalked, and hijacked my stories whenever he got a chance; showed no qualms in inserting his name in my byline, even in my exclusive stories, just because he stalked me to these assignments.

I finally complained against this person with the chief that we both reported to at the Kolkata headquarters. When nothing came of it, I used the only option I had: I quit.

I changed my city (which in the long run turned out well for me, but not without initial years of trials and tribulations which merit a separate #metoo story), and took up a desk job. From being a Principal Correspondent, I demoted myself to the position of Senior Copy Editor. I was in my late 20s then, and already too tired to hunt for jobs. I took whatever I got.

However, even at the time of my quitting, though I thought of my former senior colleague as intolerably irritating and really sick, I did not think of my ordeal as “sexual harassment.” But what he subsequently did leaves no room for doubt.

When the slimy little creature could not stalk me himself, he let loose a barrage of cheap sex-seeking men on me. Alright, I’m presuming they wanted it cheap, because most often the first thing they’d ask me would be my rate. If I showed my anger, which I did initially, they’d hurl abuses. Some of them surely thought that my anger was part of an extended foreplay; they would keep calling back.

Mostly, I would pretend to be a policewoman. “Mohila thana (women’s police station)!” I would remark first on answering suspicious calls. I had a voice especially reserved to announce “police station”. I thought this was a sure shot way to keep those pesky callers at bay. But, what do you know, many still thought it was a game. They laughed. I only ended up becoming a joke with genuine callers whose numbers were not saved on the phone.

I tried a new trick. Instead of muting the ringer, I received the calls but did not speak. I would keep the phone next to my keyboard and go on working on QuarkXpress. This, with the hope that they would stop calling if they lost money on every call. This helped sometimes. Now who would like the keyboard clattering when in hot pursuit of the Ladybird!

Then, finally, advised by a well-meaning police officer friend of mine, I changed my number. I had called him to know if I could file a police case. He explained to me the futility of it all, and I totally saw his point.

I got myself a new number, and kept the old one aside—it was too beautiful a number to throw away.

After some time, I gave the old SIM to my sister. I thought the callers must have got tired of hearing the beeps, instead of the raspy ladybird, all this time. But trust the doggedness of men in heat, the calls persisted. One day, when enough was really more than enough, my brother-in-law confronted the harasser on the phone and demanded that he desist. Apparently, he did not deny scribbling my name on public walls. That was the confirmation I needed, in case anyone thought I was imagining all of this.

I sometimes wonder what did he feel to know that his “revenge” on me (for whatever I must have done to him) was also impacting my family members. In good times, our families had met and he knew my sister well. Was he pleased with himself to know his act was tormenting her as well?

What did he have against me at all? Why would he do this? Why would a seemingly nice and gentle person who was always ready to help, sometimes annoyingly unsolicited, do this, that too after pleading for forgiveness innumerable times? I had left the office on a good note; there was a farewell lunch with the whole team.

Over time the calls subsided—maybe also because the number remained inactive for some time in between—but never really stopped.

I gave up thinking, because I increasingly blamed myself. Everything boils down to this—I must have encouraged him. It must be me. I locked that shame in the back of my mind, picked up my life again and carried on, pretending everything was alright.

Even when Sandhya Menon and others kicked off the recent phase of #metoo movement in India, I resisted the very thought of it. I tried not to talk about it.
But then the phone rang again—I have the beautiful number back with me now. Someone called and asked, “Kaun? Who?”

“You called, you tell me who you want to talk to,” I asked.

After several calls and similar conversations from the same caller, I blocked the number (now my smartphone allows that). I am not sure—there’s no way of knowing because the caller just wouldn’t say much—if this call is related to the “Ladybird Calls”. I get these calls every once in a while; I feel the same pain every time. This is why I am loath to take calls from unsaved numbers.

Somewhere on an unpainted wall my number must still exist, and my pick-up name, Ladybird.

Sexual harassment at the workplace can assume a myriad chilling and predatory forms. Siliguri-based Independent journalist Anuradha Sharma has described the decade-long stalking and telephonic abuse that she was subjected to by her senior.

#MeToo will not stop, ripple effect to continue: Urgent need to address toxic and sexist culture of newsrooms

Vishaka and Since – A column by Naina Kapur