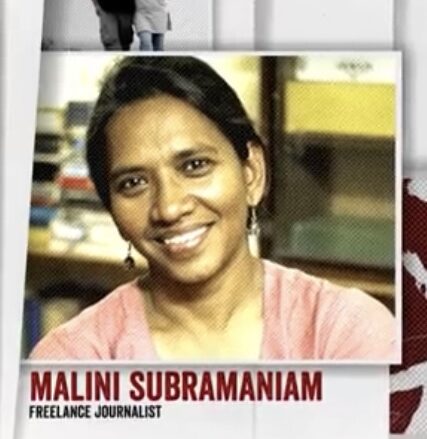 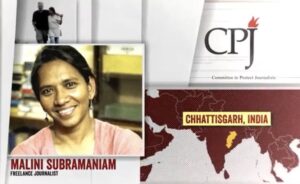 The Committee to Protect Journalists awarded Malini Subramaniam, a contributor to the news website scroll.in, its 2016 Press Freedom Award. CPJ noted that Subramaniam was one of the few journalists reporting from Bastar in Chhattisgarh, the epicenter of the conflict between Maoist and security forces, until she was forced to leave the area in early 2016. She has “reported  on abuses by police and security forces, sexual violence against women, the jailing of minors, the shutdown of schools, extrajudicial killings, and threats against journalists in the region. She has been interrogated, surveilled, and harassed by police and members of a pro-police vigilante group in connection with her critical coverage of human rights abuses and politics. Police have attempted to malign her and label her as a Maoist agent.”

The full text of CPJ’s citation and the text/video of her acceptance speech are available at https://www.cpj.org/awards/2016/malini-subramaniam-india.php

“No woman writer, journalist or artist is untouched by attacks by online trolls”