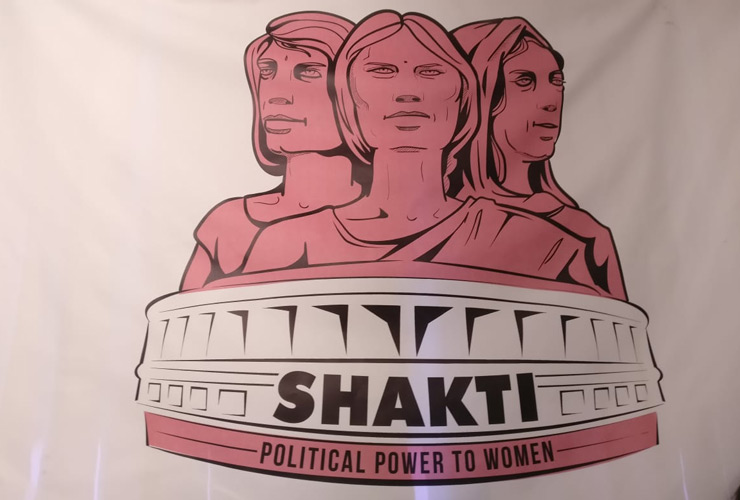 Vishaka and Since – A column by Naina Kapur 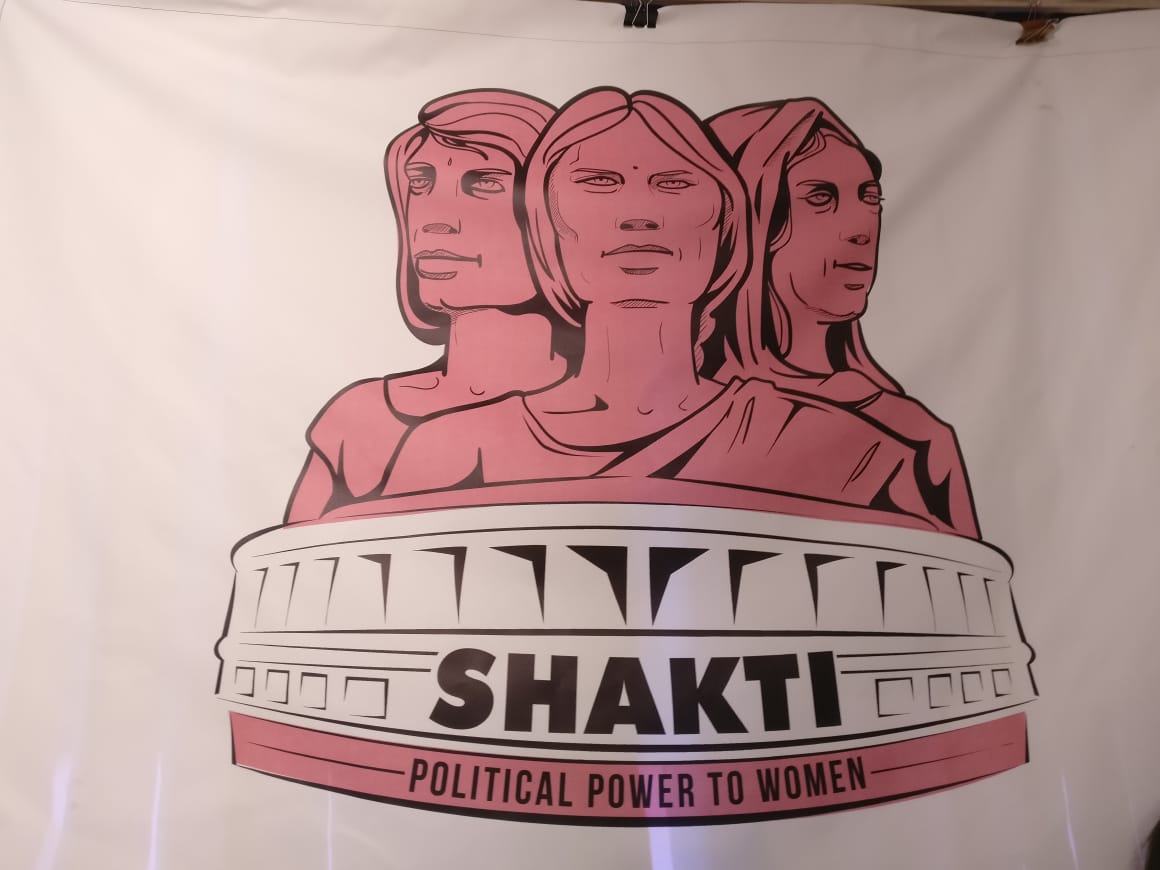 Some weeks ago I was introduced to the Bangalore-based activist Tara Krishnaswamy by NWMI’s own Ammu Joseph. Since then I have been plunged into a world that dazzles me with its combination of idealism and pragmatism. A world of people who believe that we need many more women in politics in India and that there are a million ways in which we can actually get there.

The new group, set up by Krishnaswamy and Rajeshree Nagarsekar, was initially, informally called the Indian Women’s Caucus but it has since then adopted the much less bewildering name, Shakti. The group came into being soon after co-convenors Krishnaswamy and Nagarsekar marvelled at the high-voltage energy of a round table meeting of politically inclined women from seven states that Nagarsekar had organised in Goa in October.

Shakti’s first task was to organise an event which would allow women in politics – those already there and those aspiring to it – to discuss the problem and arrive at solutions. The group, being non-partisan, wanted to ensure that women from across the political spectrum would come together for the purpose. In a little over a month’s time, the small group of volunteers led by Krishnaswamy put together Shakti’s first national event in Bangalore. I wrote about my great sense of optimism and my many learnings from that day-long event in early December here. (You can also read The
News Minute’s and Nasheman’s detailed reports on the event.)

In the run-up to the event, as I reached out to fellow women journalists, I was also impressed by their enthusiastic response as well as their professional, considered opinions about how women are kept out of Lok Sabha and state Assemblies by the establishment with a fierce determination. A podcast from the New Indian Express asked, “Given the substantial increase in the number of women in local and Panchayat roles, why does this trend not translate to more women MLAs and MPs?”

After the event, many of us volunteers felt an odd sense of destiny and urgency, first with the Congress announcing that they would back the Women’s Reservation Bill and then with the BJP-led union government listing the Women’s Reservation Bill for discussion during this winter session of the Lok Sabha. Yes, Shakti had lobbied for the first and had fervently hoped for the second. But the two pieces of news made it feel as if the decades of work small groups of women and individuals could now, finally, be taken at the flood.

My own sense of feeling like I was being swept along in events larger than me was accentuated by a moving email from an activist from Telangana. In 2015, Jesuis Aruna had first written to us at The Ladies Finger pointing out that the state’s 19- minister cabinet had no women in it. We had run a report back then and supported Aruna’s campaign to not accept the same old fait accompli in the brand-new state.
And once you see it you can’t unsee the all-male political leadership. They were
everywhere from the cabinets to the trade unions, from the fiercest rebel organisations to Bollywood’s meetings with the Prime Minister. I have always been grateful for Jesuis Aruna writing to a small publication and thus educating us about women’s unrequited political participation all over India. 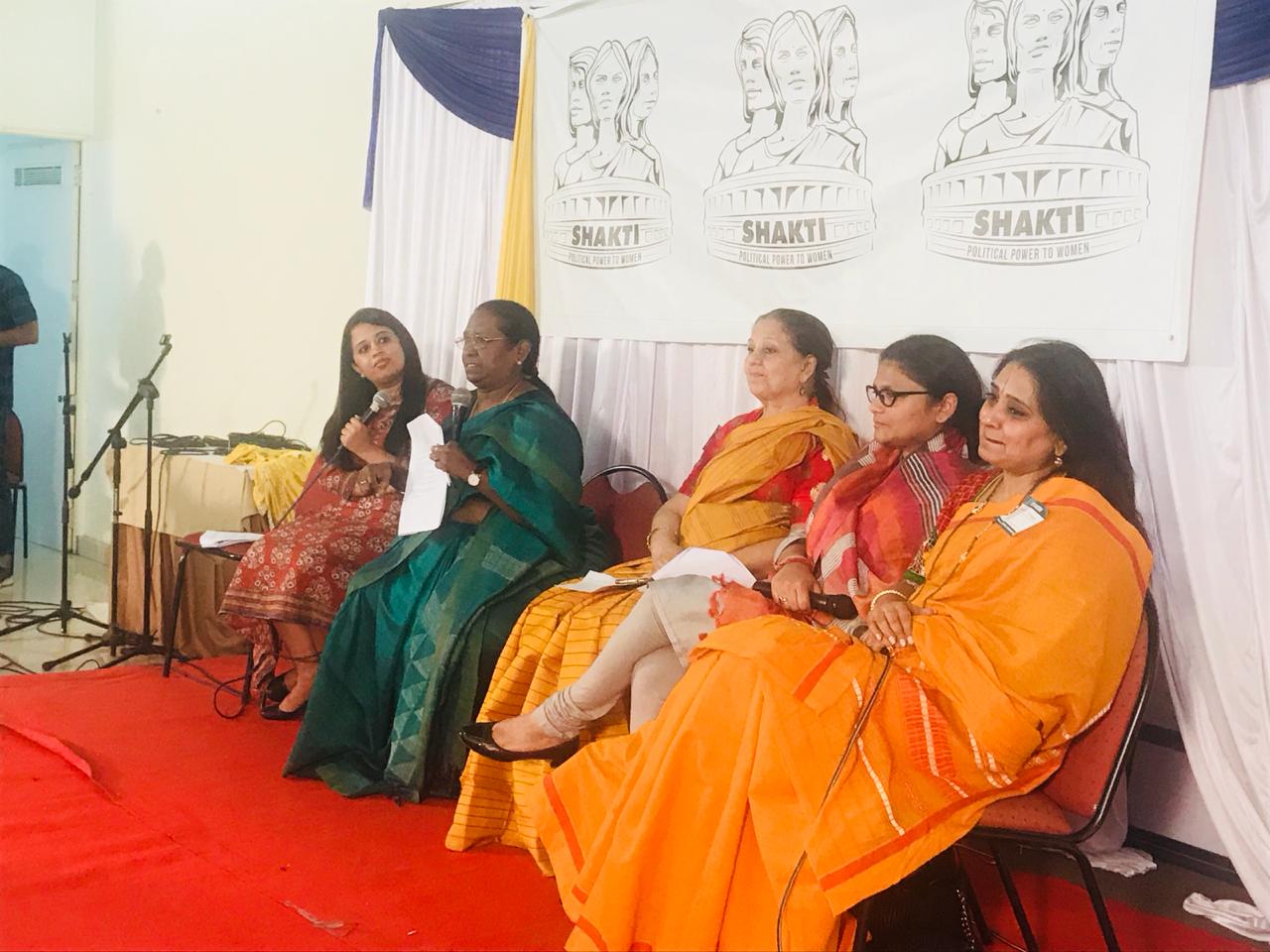 And now, suddenly, the evening before the Shakti event came an email from Aruna.
She noted that, “Time quickly passed by and it is almost three years gone, and
tomorrow there is a election happening in Telangana.” And hoped that this time #Mahakutami (the TDP, Congress, TJS, CPI alliance) would come into power and the new government would have women.

And then, a few days later, she wrote again saying that the people’s mandate has brought TRS back into power. She hoped at the time that the news reports that the TRS would have at least one woman in the cabinet this time would turn out to be true.
It’s hard not to feel hopeful about the world with lakhs of women like Jesuis Aruna who believe against all odds in working among their own communities. I am happy to be able to write about them as a journalist and as a citizen to join campaigns like
Shakti’s current one urging people to call their MP and table that damn bill in
Parliament already. If you are reading this you could call your MP, too. For once, it will be a phone call that will make you feel extremely happy.