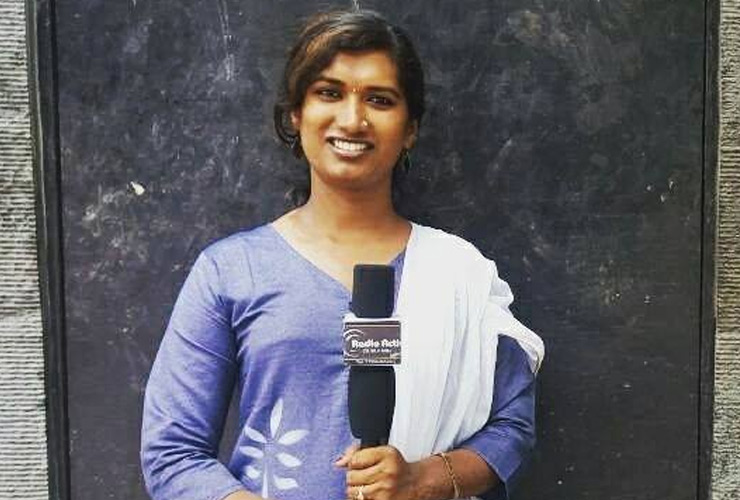 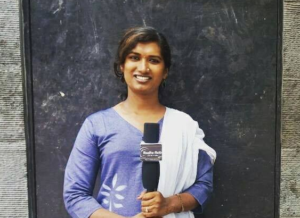 I am Priyanka. I am a transgender radio jockey (RJ) working in Bengaluru. Everyone here has been talking about equity in a newsroom. What I would like to say is that given the current circumstances, not everyone gets opportunities, but when one does get the opportunity, how one uses it for the benefit of the community becomes important. Apart from working with the [transgender] community and running shows around LGBTQ issues, I run shows on other issues related to children, waste workers, domestic workers, the environment, HIV AIDS etc.

There seems to be a lot of focus on women and dalit issues in general, but if we continue to speak only about them, how do we address other communities? How do we focus on their stories? Their lives? Who will speak about them? Within the time that I have been given here to speak to you, I will try to share with you some of these stories. Again, I am very happy to be here with you, and for this opportunity.

Before I got this chance to work with Radio Active in Bengaluru, there were almost no opportunities for the transgender community in the city. Everyone seemed to believe that people from our community were not capable of doing anything beyond sex work and begging. I notice that since then, there has been a shift in the way the society views us. Opportunities have increased. Even within the radio station, transgender RJs have been covering stories way beyond issues of sexual minorities. On a single radio station one is able to hear the voices of so many otherwise voiceless people. This makes us very proud of our workplace.

When we go out to record programmes, people react to us differently. Once I went into a slum where there were many children who had dropped out of school. Most of these children had been addicted to drugs. When we interacted with these children and noticed the way they spoke, lived and behaved, we felt very bad. We used to be scared of recording and featuring such stories because we have had earlier experiences where people from such areas have been hostile and have created problems for us. They have accused us of recording stories and not doing anything further; taking away their benefits, etc. We then started an intervention that built awareness among children about addiction issues and brought in doctors and counsellors to talk to them. This helped many children get off addiction. Instead of it being a onetime recording, it became a long-term project with the children and the doctors who reached out to help them.

People seem to place a lot importance on gender, but I feel that gender is not important, voice is. How a voice is able to reach many other voices and unite them becomes very important in the work that I do. It has happened often that people from the mainstream media interview us for stories. When they are taking these interviews it does seems like it’s positive, but when they go back and report it, these seems to be an effort to distort the story.

In Bengaluru, of late we have had the Begging Act that prevents transsexual women from begging on the streets. But where are the alternate employment opportunities we are offering in return? Where do they go? How will they live?

I would use this opportunity to say that I don’t believe in the compartmentalisation of communities as transgender, dalit etc. All of us live in the same society, and I hope each one gets equal opportunity. Let’s come together and join hands to bring to light the diverse voices of our people.

Thank you for giving me this opportunity to speak to you.

Priyanka Divakar, a transgender radio jockey from Bengaluru, spoke at NWMI’s Chennai meet, in the session ‘Equity in the Newsroom’. The session held on January 5, 2018, was moderated by M Gunasekaran, Editor, News18, Tamil.

Gender should be used as a way of seeing the world, says Nishita Jha

The girl from Serpally who conquered journalism