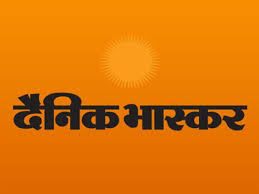 NWMI wrote to the Press Council of India on the provocative headline and news report in Hindi daily Dainik Bhaskar’s Surat edition relating to the recent attack on Amarnath pilgrims. NWMI strongly condemns such reports and deplores the callous reporting and editing that produces them.

This is to bring to your attention the provocative headline and news report in Hindi daily Dainik Bhaskar’s Surat edition, dated July 12, 2017 (Annexure 1: screenshots).

The Network of Women in Media, India (NWMI) strongly condemns such reports and deplores the callous reporting and editing that produces them.

The news story relates to the recent attack on Amarnath pilgrims. The headline on the web version translates as “Terrorists were firing at us while bystanders laughed”. The headline of the print version, which has been widely circulated on social media, translates as “In agony over shots fired by terrorists, far from helping us, people were laughing loudly”. (Annexure 1: Screenshots)

The headline is based on a statement in the report from one Rajesh Naval, a resident of Valsad in Gujarat, who was reportedly on the bus that came under attack on July 10, 2017 near Khanabal in Jammu and Kashmir. The headline is not only misleading, it is mischievous and divisive.

Naval’s quote is neither prefaced nor followed by any explanation of how or where he spotted shopkeepers laughing at the passengers’ plight while the moving bus was under attack (and most people in it were, presumably, ducking for cover). The report also contradicts several press accounts of Kashmiris condemning the attacks, helping survivors and vowing not to let terror affect their hospitality or assistance to visitors. Even Home Minister Rajnath Singh has applauded the response of Kashmiris and the spirit of Kashmiriyat.

In a report in The Hindu on July 11, the driver of the bus, Salim Sheikh, stated that he drove the bus through the firing, without stopping. He also said, “We could not see anything as it was pitch black.”

A report by News18 detailed the various ways in which Kashmiris have always provided basic needs to pilgrims, while stating that many rushed to the aid of the injured pilgrims.

Reports in Greater Kashmir alluded to the tourist town of Pahalgam shutting down for a day in protest against the attack and to express solidarity with the victims. A report in Rising Kashmir quoted several survivors who thanked local Kashmiris for rushing them to the hospital.

A headline like the one in Dainik Bhaskar is particularly reprehensible in view of the current atmosphere in the country. The newspaper has failed to perform the journalistic duty of being accurate and fair and providing readers with correct information. The paper evidently preferred to distort and sensationalise a violent and tragic incident that has been widely condemned in Kashmir and in the rest of the country.

In the guise of giving readers a detailed, first-person account from people who survived the attack, the Hindi daily chose one inflammatory sentence as the provocative headline of the report. This goes against the Press Council of India’s directive stressing the need for caution while reporting on sensitive matters, including communal disputes or clashes.

The PCI specifically says that provocative and sensational headlines are to be avoided; that headings must reflect and justify the matter printed under them; and that headings containing allegations made in statements should either identify the body or the source making them or at least carry quotation marks. None of these guidelines were observed by Dainik Bhaskar in this particular headline.

According to the PCI, “News, views or comments relating to communal or religious disputes/clashes shall be published after proper verification of facts and presented with due caution and restraint in a manner which is conducive to the creation of an atmosphere congenial to communal harmony, amity and peace. Sensational, provocative and alarming headlines are to be avoided… The role of media in such situations is to be peacemakers and not abettors, to be troubleshooters and not troublemakers.”

While recommending “due restraint and caution in hazarding their own opinion or conclusion in branding persons” the PCI observes, “In the zest to expose, the press should not exceed the limits of ethical caution and fair comments.” The PCI also says, “The press shall eschew publication of inaccurate, baseless, graceless, misleading or distorted material. All sides of the core issue or subject should be reported. Unjustified rumours and surmises should not be set forth as facts.”

As an association of journalists committed to and concerned about ethical journalism, NWMI demands that Dainik Bhaskar publish a corrigendum clarifying the facts and apologising for their misleading headline, which directly contradicts multiple survivor testimonies, and desist from stoking communal fires through misleading reports and headlines.

We hope the Press Council of India will take appropriate action.

[On behalf of the Network of Women in Media, India] 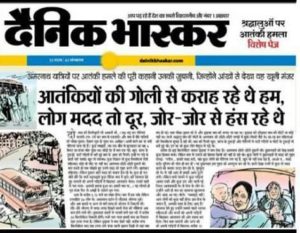 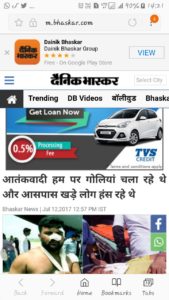 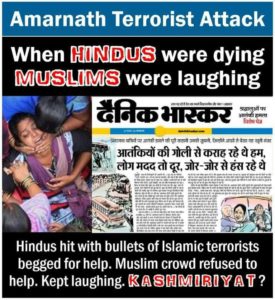 Statement condemning the derogatory comments of Chalapathi Rao, Telugu actor, against women at a public film event in Hyderabad