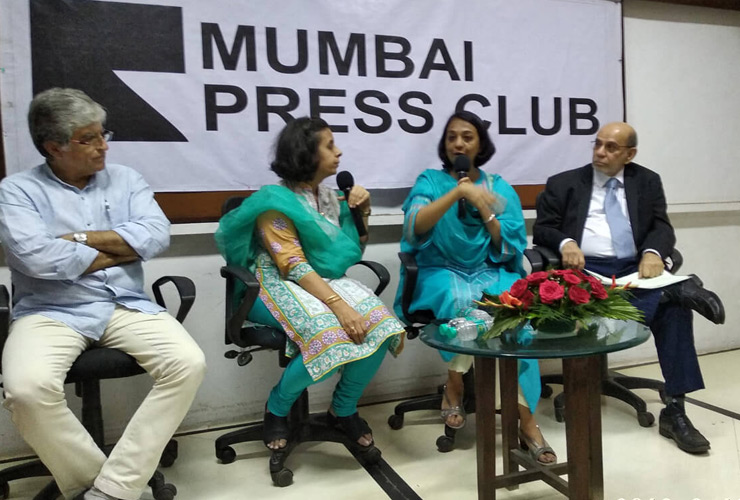 Why singlehood is meaningful: Three voices

Anuradha Bhasin, Executive Editor of Kashmir Times who also recently joined NWMI, spoke at the Mumbai Press Club on September 19 about the difficulties that the press faces in Kashmir after the lockdown on August 5 following the change in Kashmir’s special status guaranteed under Article 370 of the Constitution.

She was in conversation with another member of NWMI, Nirupama Subramanian, resident editor of Indian Express, Mumbai. Also on the panel was Aspi Chinoy, a senior lawyer from the Bombay High Court.

In this, the latest and most intense phase in the ongoing conflict on Kashmir, the government of India has pulled out all the stops – political, legislative, militaristic and punitive. No other democratic government has imposed a communication blockade of this scale and proportion in Kashmir.

Bhasin described in detail the challenges she faced as an editor bringing out her daily paper, the oldest English language daily in Kashmir. Kashmir Times is published from Jammu but also has a Srinagar edition. Since August 5, the latter has not been published.

Her team of reporters in Kashmir was unreachable for many days as mobile and internet networks had been suspended. Even if some of the landlines were restored later, these journalists faced immense hurdles filing stories.

For one, without internet, their only recourse was to travel to Srinagar, line up at the media centre located at a high-end hotel, and wait to use one of four computers with an internet connection. There were phone lines, but they had to list the number and name of the person they called.

Although there was no official curfew, local journalists found it difficult to move around. Many of them did not own cars or motorbikes. In normal times, they would have depended on public transport. In the absence of public transport, they were restricted in their ability to move around and collect information. 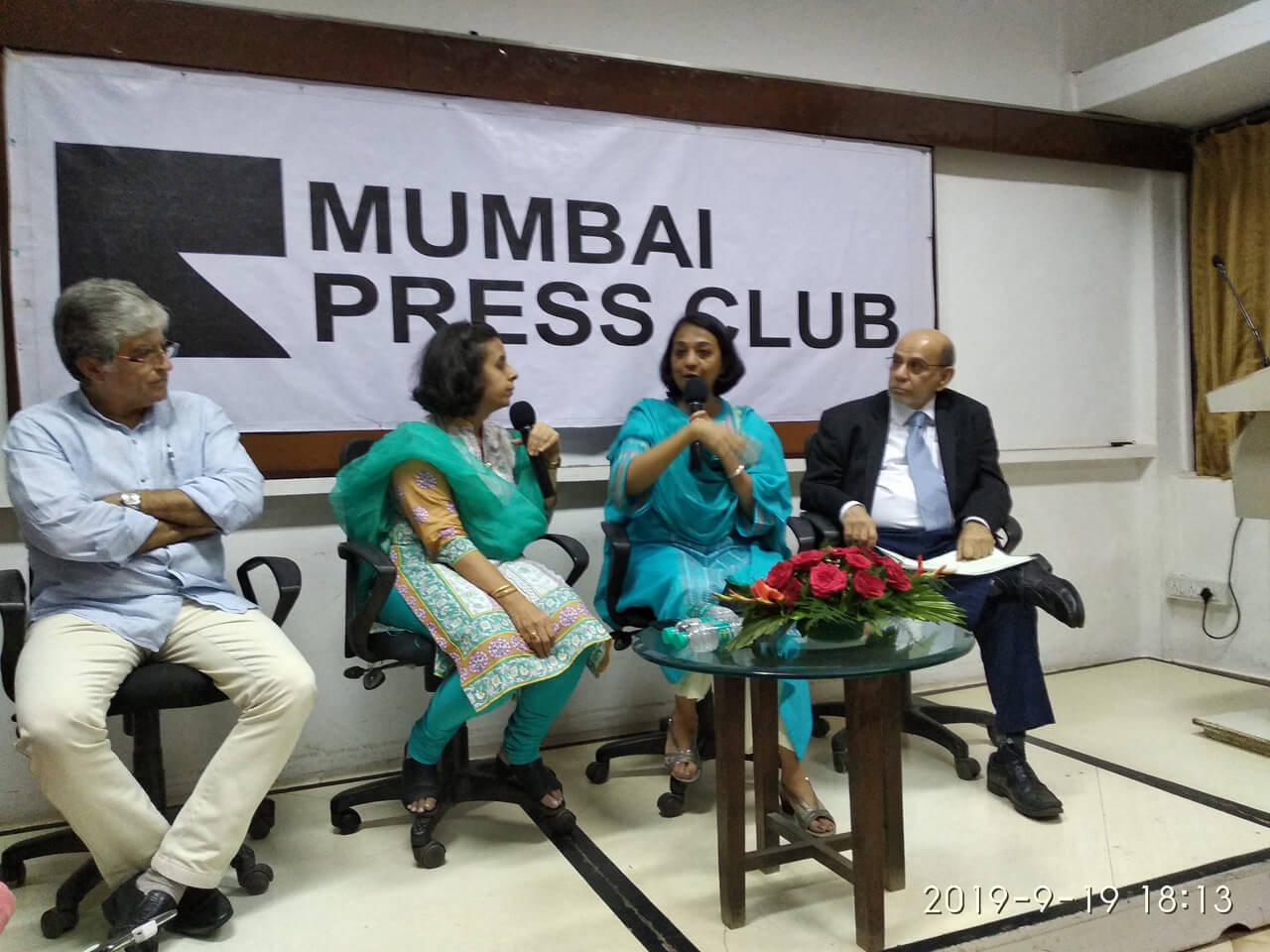 When asked how come the international media, and some in the Indian media had managed to travel around and file stories that gave some idea of the anger and despair in Kashmir since August 5, Bhasin pointed out that journalists based in India who flew to Srinagar to file stories, or Indian journalists working for international publications (foreign journalists are not permitted to enter Kashmir), got greater access for a number of reasons. One, they had resources to hire vehicles, and even fly someone in every day from Delhi to collect their stories saved on pen drives. Local journalists on the other hand were strapped for finance and transport, as well as facilities to transmit their stories even to Srinagar, or Jammu.

These journalists were picked on by security forces who would give them a much harder time than they would members of the Indian or international media. Many local journalists were under surveillance. Since August 5, several Kashmiri journalists have been arrested as this report by the Committee to Protect Journalists documents.

Bhasin also talked about the difference between previous times in Kashmir when there was a similar lockdown and today. In the 1990s, at the start of the militancy in Kashmir, the media in Kashmir was not as vibrant as it is today. All the local newspapers were in Urdu and the only English newspaper was Kashmir Times published from Jammu. It would reach the valley in the evening. By way of contrast, today there are a large number of newspapers and periodicals in English and Urdu as well as TV channels. 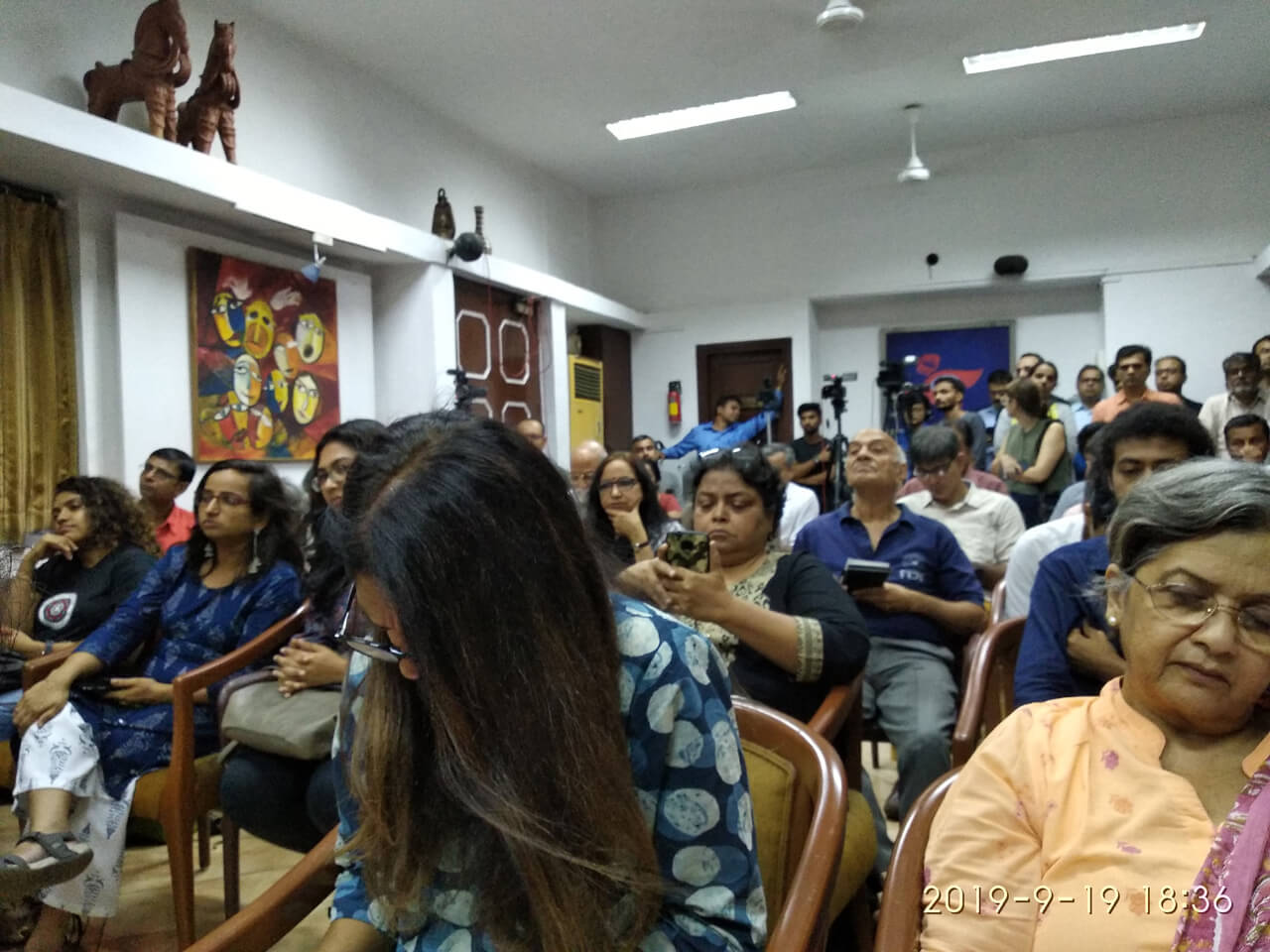 In the 1990s, she said, journalists faced physical threats from both sides, the security forces and militants. In 1992, militants had blown up a transmission tower that affected communications for a long time.

Later, between 2010 and 2016, there had been several periods when the internet and mobile phone networks were suspended, but landlines always worked and even some mobile phone networks. The lockdown had never extended over such a long period, she said. In 2016, after Burhan Wani was killed, newspapers did not come out for two weeks.

But today, she said, “we have been sent back to the stone ages. We have to depend on a few landlines to communicate”. She said that as an editor she had no way to verify information phoned in by her reporters. Rumours had proliferated. The media was unable to do its job and the majority of papers published from Srinagar had stopped bringing out editions and could not update their websites.

Although much of what Anuradha Bhasin shared has been reported and recorded in reports in the Indian media and in the international media, the most significant point she made was the intimidation and the surveillance that journalists writing for the local media face. This has made it virtually impossible for them to do any real reporting. She has written this article recently in The Telegraph that gives more details, including interesting historical facts about Kashmir Times and its founding editor, Ved Bhasin.

Among the issues that Aspi Chinoy commented was the habeas corpus cases. He referred to the extraordinary fact that hearings on them were kept pending for 30 days. ‘This is like an emergency without a declaration of emergency’, he said.

On September 21, a small group of NWM Mumbai members met with Geeta Seshu to get more details of her visit to Kashmir with Laxmi Murthy after August 5. At the end of their visit to the valley, Geeta and Laxmi put together a report on the media titled “News Behind the Barbed Wire: Kashmir’s information blockade” published jointly by the Free Speech Collective and NWMI. The report was the first that documented in some detail the problems that the media faced after the lockdown.

Geeta told us about the challenges they faced moving around Srinagar and other places without a phone or Google maps. Even trying to locate an address of someone they wanted to meet became a challenge. Even local people were cautious about helping them. Many of the people they met spoke off the record and hence their accounts could not be included in the final report. She also described the media centre which was a meeting point for most journalists who had no other way to transmit their stories, reiterating many of the points Anuradha Bhasin had made in the earlier meeting.

Stop brutal assault on citizens and the media