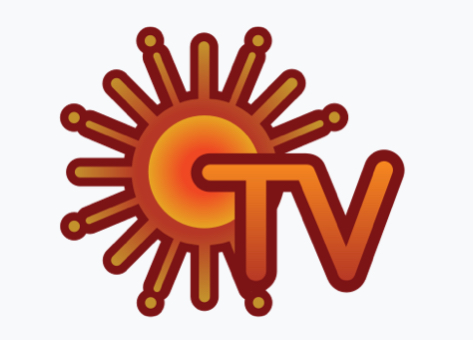 The Network of Women in Media, India, an independent forum of media professionals across the country condemns the continued victimisation of a complainant of sexual harassment, and demands her immediate reinstatement. We also demand an independent inquiry into the case and the setting up –as required by law– of formal mechanisms to redress sexual harassment at the Chennai-based Sun TV.

S. Akila joined Sun TV Chennai in December 2011 as a news anchor/news producer. Ever since she joined, V. Raja, the Chief Editor and Vetrivendhan, the Reporters’ Co-ordinator indicated that the confirmation of her job and subsequent pay rise depended on the ‘compromises’ she was willing to make. This was apparently not the first time they had made such demands, but due to the hostile and intimidating atmosphere at the office, few women had been able to resist. As a result of her refusal to concede to their demands of sexual favours in return for job security and pay hikes, her confirmation remained pending even after completing the six-month probationary period.

Meanwhile, in November 2012, Ms Akila’s Diwali bonus was withheld. When she raised the issue with Mr Raja, he asked her to get in touch with him over the phone after reaching home. Upon phoning him, he told her that she had been confirmed and that she should “take care of him” for the favour. Ms Akila terminated the call, but managed to record the conversation.

When Mr Raja realised that she was not coming around, he kept harassing her in different ways, including verbally abusing her in front of her colleagues. On January 21st, he summoned her to his cabin and threatened her with dire consequences if she went public with a complaint of harassment. Soon thereafter, in contravention of the norm of assigning shifts, he put her on morning shifts for several weeks, which required her to leave her residence at 3.30 am in order to be at office at 5 am, since the office did not arrange for morning pick-up. Questioning the unusual assigning of a continuous morning shift, she confronted Mr Raja on February 26th. He informed her that she was continuously on the gruelling morning shift because she was not “adjusting” to him. After serving the morning shift for another few weeks while struggling with domestic responsibilities, things became unbearable. Ms Akila then approached the police on March 19th and filed a complaint of sexual harassment. On the same day, Mr Raja was arrested under Section 4 of the Tamil Nadu Prohibition of Harassment of Women Act. Two days later, Mr Vetrivendhan was also arrested on the same charges.

However, the arrest of the harassers was only a continuation of the nightmare. Soon after Mr. Raja’s arrest, Ms Akila received an anonymous phone call by someone threatening to kill her. In a move to isolate her at the workplace, her friend Mr Kannan who was aware of the harassment and was supportive of her, was suspended on grounds of a complaint filed by colleagues who refused to work with him or Ms Akila. When Ms Akila reported to the office on March 25th, she was not assigned any work. As per schedule, she was to anchor the 12.00 noon news bulletin, but she was not allowed to go on air. In a complete travesty of justice, on March 26th, Mr Raja who was by then out on bail, joined work, and the next day, Ms Akila was handed a suspension order. Thus, a woman who resisted sexual harassment and stood up to demands for sexual favours has been further victimised.

It must be noted that there is no redressal mechanism at Sun TV for complaints of sexual harassment. This is in contempt of the Guidelines issued in 1997 by the Honourable Supreme Court in the Vishakha case, which places an obligation on every establishment in the country to ensure the rights of women workers by creating a conducive workplace free from sexual harassment. These principles of gender equity and labour rights are also enshrined in the Sexual Harassment of Women at Workplace (Prevention, Prohibition and Redressal) Bill, 2012 which was passed by both houses of Parliament and is only awaiting the President’s assent.

Our demands:
1) Immediate reinstatement of S. Akila
2) Payment of damages for mental trauma
3) Immediate suspension of V. Raja pending an independent inquiry as well as the police investigation into the case
4) Independent inquiry into the case, by a team that includes independent, third-party lawyers, journalists and women’s rights activists
5) As a longer-term measure, setting up of an Internal Complaints Committee as per the Vishaka Guidelines.
6) Establishment of Complaints Committees in all media houses as per the Vishakha Guidelines and the new law once it comes into force.

Signed:
The Network of Women in Media, Working Council