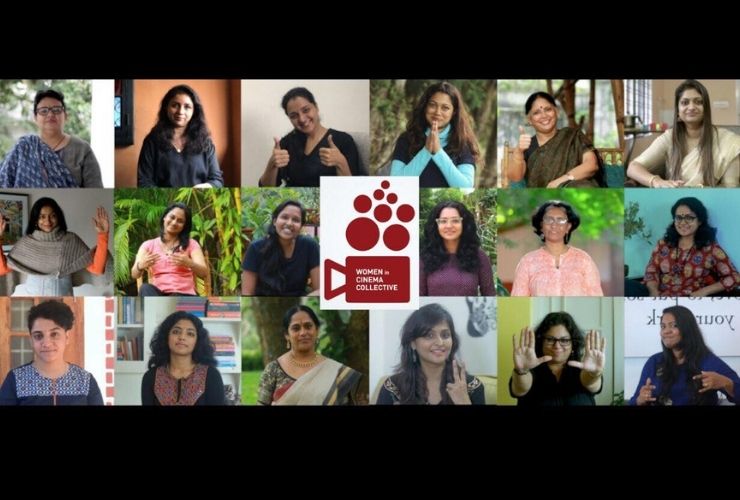 The Girl with the Hibiscus Flower

The NWMI strongly condemns the Association of Malayalam Movie Artistes’ (AMMA) decision to reinstate actor Dileep who stands accused of being the mastermind behind the abduction and assault of a prominent woman actor from the Malayalam film industry in February 2017.

The Network of Women in Media India (NWMI) strongly condemns the Association of Malayalam Movie Artistes’ (AMMA) decision to reinstate actor Dileep who stands accused of being the mastermind behind the abduction and assault of a prominent woman actor from the Malayalam film industry in February 2017.

The decision to reinstate the accused has been taken without consulting the members of AMMA, particularly the Women in Cinema Collective (WCC) of which the survivor is a member. The survivor and three other members resigned from AMMA on June 27, in protest.

We salute the members of the WCC who openly risked their career opportunities by resigning from AMMA in disgust at the misogynistic treatment of a survivor of sexual assault. We recall with pride that the beacon of self-respecting women in film industry was first kindled in India in February 2017, when the rape-survivor from Malayalam movie industry boldly spoke out, months before Hollywood woke up to the “Me Too” movement.

It is with dismay that we note that within a week of Padmashri Mohanlal taking over as the president of AMMA, Dileep was hastily re-admitted to the organisation. The National Award-winning actor has also been bestowed with the honorary title of lieutenant colonel and it is unbecoming that the organisation should take such an insensitive decision under his leadership.

In a letter issued to the film body on June 28, three other WCC members who continue to be members of AMMA, have pointed out that they were not consulted about the decision to take Dileep back into their fold and demanded to know the basis on which he was welcomed back into the association. They have called for a general body meeting to discuss their concerns. The air has been rife with questions, but AMMA President Mohanlal is alarmingly silent.

Dileep, alleged to be the conspirator of the abduction and molestation of a colleague, is more than only the seventh accused in the actor-molestation case. He is actor, producer, distributor and movie-house owner and has been in the steering committees of all these guilds. The woman who survived the sexual assault, had earlier complained to AMMA that this powerful man from the industry had been influencing producers to avoid casting her. Instead of supporting her, AMMA jumped at the chance to re-instate Dileep’s membership, unabashedly revealing its oligarchic and patriarchal beliefs.

In yet another shocking expression of its misogyny, AMMA’s fund-raising show had a skit that ridiculed the brave new brigade of WCC. We are aghast that the masters of AMMA could find patriarchy-conditioned women to pen the distastefully anti-women skit and enact it.

It is a grave situation that the film industry in India’s most literate State is apparently completely unaware of the provisions of the Sexual Harassment of Women at Workplace (Prevention, Prohibition and Redressal Act, 2013.

Further, Mr Mukesh, the Vice-President of AMMA, is also the CPI(M) MLA from Kollam. We demand that as an elected representative who is duty bound to uphold the law, he asks AMMA to withdraw its decision to reinstate the man until his name has been legally cleared. Other members of AMMA too hold important positions of office, like actor Innocent who is an MP and actor Ganesh Kumar, who is an MLA.

While it is heartening that several Left Ministers in Kerala have condemned the re-admission of Dileep to the AMMA fold, nevertheless, NWMI feels let down by the CPI(M), for its lack of moral, social and political accountability for the gender-insensitive statements and actions of its two MLAs and one MP, who are decision-makers in AMMA.

The NWMI expresses its solidarity with the survivor and the Women in Cinema Collective, and stands with the Collective in its fight for justice. We demand that:

With the gutsy women of WCC, NWMI awaits a new dawn of gender equity in the film industry.