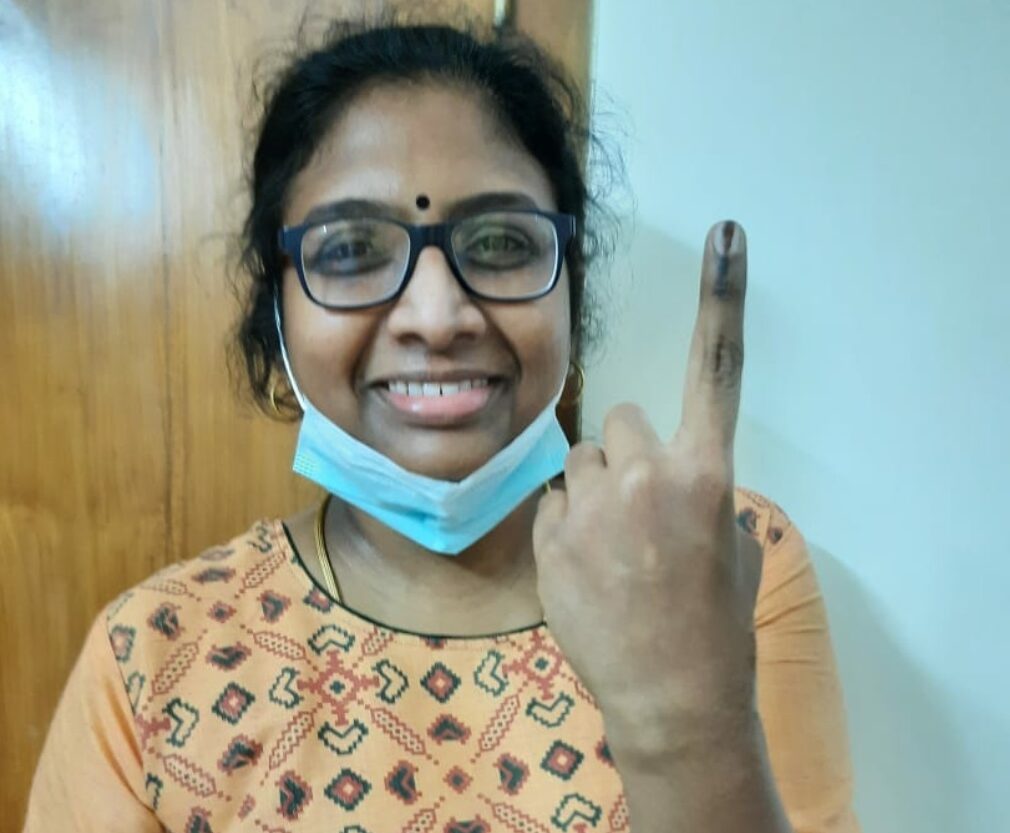 A photo essay by NWMI Editors

Thirty constituencies went to the polls in Puducherry, registering a total voter participation of 81.69% on Tuesday, April 6, 2021. Out of a total of 10,04,57 registered voters — 4,72,341 were men and 5,31,383 women. Figures indicating the proportion of male and female voters who exercised their franchise was not yet available at the time of publication.

Women’s representation among candidates was abysmal among the big name political parties:  the All India Anna Dravida Munnetra Kazhagam (AIADMK), Dravida Munnetra Kazhagam (DMK) and Bharatiya Janata Party (BJP) did not  field any women candidates. On the other hand, Naam Thamilar Katchi gave 14 tickets to women as per their policy of 50 per cent quota for women.  While Kamal Haasan’s Makkal Needhi Maiam fielded three women, the All India NR Congress (AINRC) and the Indian National Congress (INC) had one each. 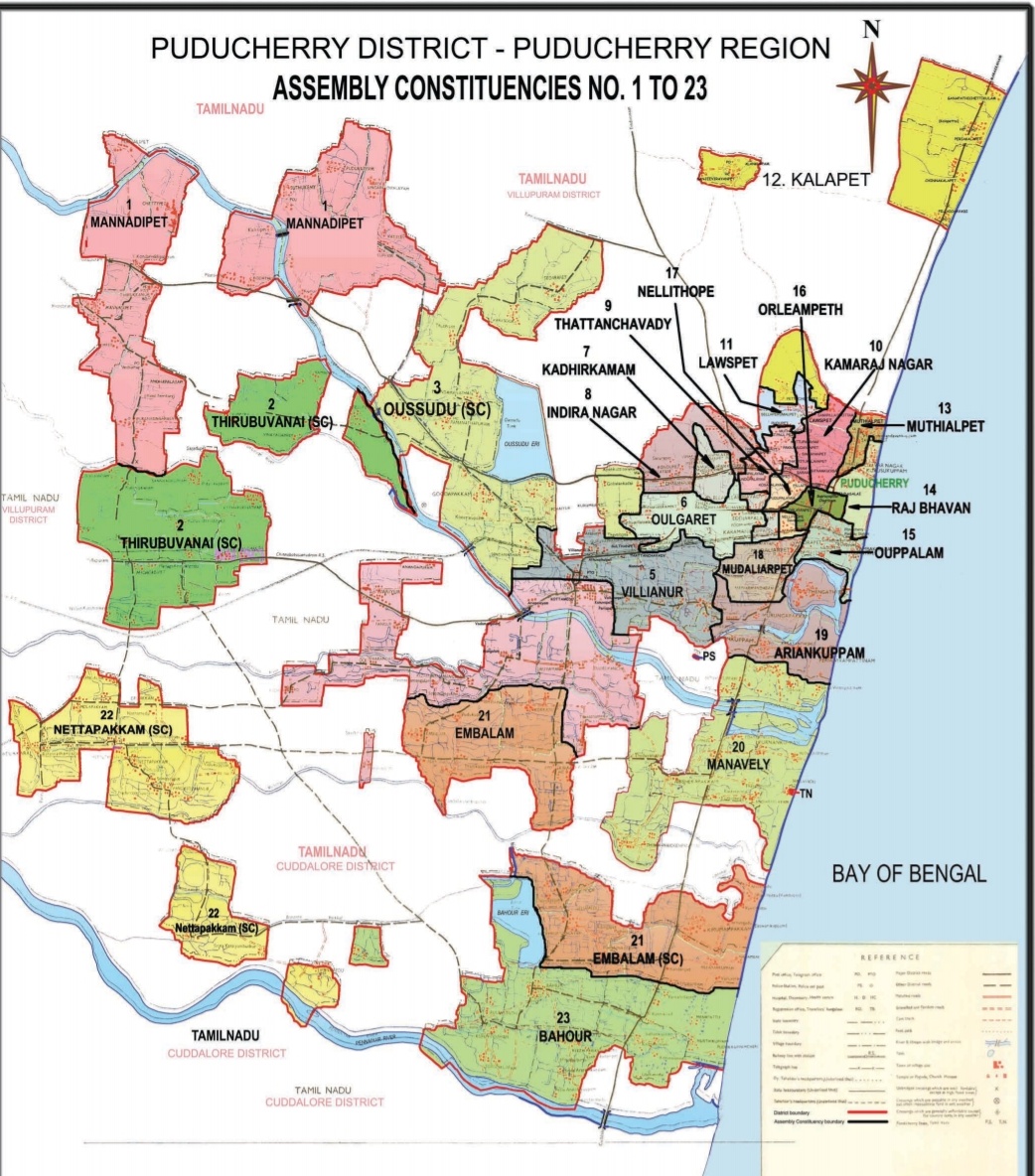 Although Puducherry is known to be located on the south eastern coast, the 30 constituencies that make up the Union Territory (UT) of Puducherry are scattered around the region. While Puducherry and Karaikal are in Tamil Nadu, Telugu-speaking Yanam is on the banks of the Godavari in Andhra Pradesh, and Mahe is on the west coast, in Kerala, around 609 km from Puducherry.

Yanam recorded the highest number of voters in the UT this time, with a total turnout of 90.95%. Polling booths had crèche facilities in accordance with the new norms. In 2019, the Election Commission of India had announced a new initiative, setting up creches at polling booths to encourage more women to vote.

According to data released by the Election Commission, the UT has 116 “third gender” voters, of who 96 are from Puducherry, 18 in Ariankuppam, and 16 in Karaikal North.

The trans gender community in Puducherry has called for a proper survey on the number of trans persons in the UT and for efforts to bring them into the mainstream. According to a report in The Hindu, they have said the actual number is far greater than official figures.

Born and bred in Puducherry, 34-year old Abirami K, a physiotherapist, is hoping that whoever comes to power will focus on local issues. “We always feel we are overlooked. We need the authorities to support the local population in terms of jobs, etc.” she says. “It’s time to give a boost to the local community.”

One of the voter awareness initiatives that went viral on social media was the miniature model polling booth created by Umapathy K, an arts teacher from a school in Selaimedu village, around 18 km from Puducherry. Using waste materials such as husk, shell, dried fruits, dried spathe – the scales sheathing enclosing the flower cluster of certain plants,  inflorescence-the complete flower head of a plant including stems, stalks, bracts and flowers, and coir, Umapathy and his students have created the whole polling experience in miniature, from temperature checks at the entrance to the point of exit.