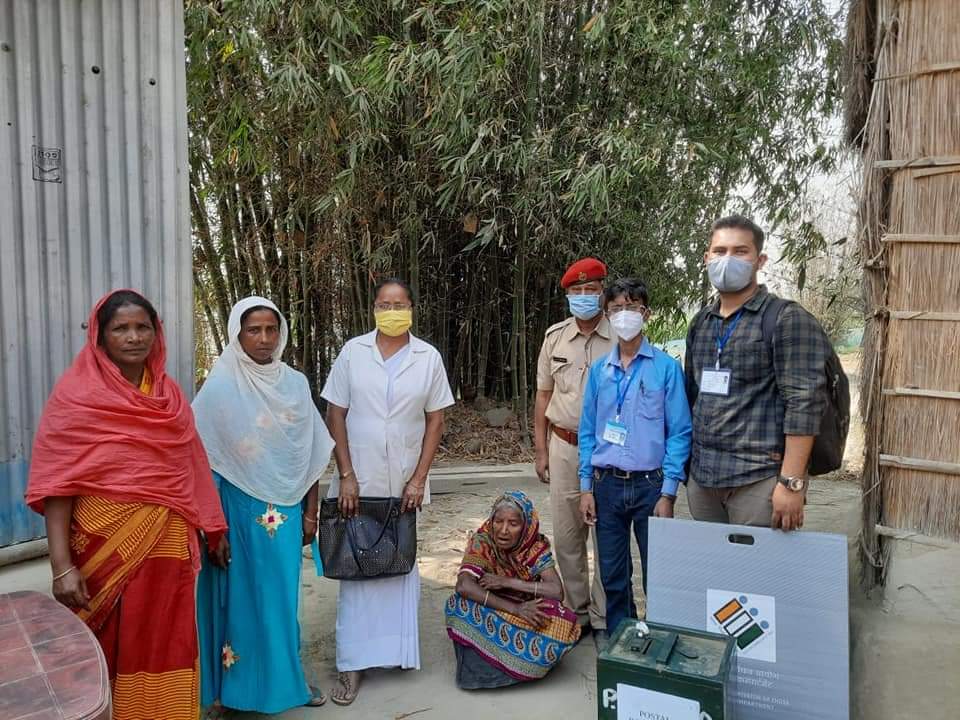 They may be derogatorily labelled as ‘Bangladeshis’ or ‘miyas’, but the descendants of Bengali Muslims of erstwhile East Bengal origin in Assam, particularly the women of the community, have firmly asserted their democratic rights in the recently concluded assembly elections. Female voters outnumbered their male counterparts in 13 of the 36 minority-dominated constituencies and equalled them in five others.

Having faced the vagaries of floods and erosion as well as loss of livelihoods for decades, and consequently being mired in poverty, despite low literacy and health parameters, female voters came out in large numbers to exercise their franchise – braving the Covid-19 scare and adhering to set pandemic protocols –in the hope of advancing issues relating to livelihood, health, education and development.

Apart from these critical matters, the controversial exercise of updating the National Register of Citizens (NRC) was a matter of great concern to them. The NRC process had left out the names of as many as 19 lakh applicants, a majority belonging to this community. Members of the community had to face many trials and tribulations, forced to spend huge amounts of time and money, and to travel to different places, to try to prove their citizenship – a goal which in the end still eluded many.

”The NRC had created a roadblock for the community, with people forced to engage in the process of proving their citizenship. Even now the issue remains unresolved, with rejection slips yet to be issued,” said a lawyer practicing at the Gauhati High Court.

The tedious and arduous NRC process caused immense hardship to the minority community, particularly women, with many having to sell off the little jewellery they possessed, or even their household goods, to somehow prove their citizenship even though their families have been living in the state for decades. Voting in this election was their way of asserting that they are an integral part of the state and the nation, the lawyer added.

According to the younger generation of women voters, all major political parties have used older generations of their community to further their vested political interests by creating a vote bank. They say only a few power brokers reaped the benefits while doing nothing for the overall development of the community.

Mainly residing in settlements on the over 2000 ‘chars’ or sandbars dotting the Brahmaputra, the women who came out to exercise their franchise were unanimous in asserting that, besides citizenship issues, it is the lack of development and the various related problems leading to poverty and lack of livelihoods that they want newly elected leaders to address.

”The existing set up has to change. We have to vote for a candidate who can provide us with infrastructural development and ensure jobs for youths who now have to go out of the state in large numbers in search of employment,” said Farhana Khatoon of Jania constituency in Barpeta district.

According to Parveen Ali, a 25-year-old school teacher, just because ”we are from the minority community, religion is used to polarise people, turning the rest of the population against us. Basic common issues of education, employment and the havoc created by regular floods are completely ignored.”

A young science graduate from Cotton University, Neelufur Khan, said she had voted in the hope that a government that will treat the people of the country equally and a party that prioritises solving issues related to education and employment will be installed in the state. “Personally, voting in this election was very important for me as I wanted my opinion to be heard in some way at least,” she said.

Elected representatives should prioritise improving health and education services in the char areas, where the literacy level is very low and the mortality rate is high,” suggests medical student Tasneem Ahmed. “The elected leaders must focus on developing health infrastructure further, including the periphery facilities and appointment of more doctors and nurses,” she added.

Pointing out that the level of literacy, particularly among women, was very low in the area, she said leaders should focus on girls’ education, especially since ”an educated mother can provide a better upbringing to their children.”

According to women’s rights activist Manjuwara Mullah, who spearheads a collective called ‘Amrapari’ (We Can) that works to empower women through hand embroidery, poverty among a major section of the minority community leads to a vicious cycle of lack of livelihood, low literacy, poor health and low income level. ”Women work in the fields for the same amount of time as men but receive less remuneration,” she pointed out. “The elected members of the legislative assembly (MLAs) must ensure that these disparities are removed, and that better working conditions and facilities are provided to them.”

”We want to improve our living standards, educate our children and give them a happy and healthy future,” said Nazmina Khatun, who recently joined the collective and exercised her franchise for the first time during the recent election.

Echoing her, Shakira Begum, who also works at the collective, stressed that they want to earn their own living and be financially independent, and that elected leaders must facilitate this for the people of the char areas.

It is heartening to note that of the 74 female candidates in the fray this time, 17 belong to the minority community, even though all are not of East Bengal descent. The ruling Bharatiya Janata Party (BJP) and the All India United Democratic Front (AIUDF) fielded one woman each from the community, while the newly floated Assam Jatiya Parishad (AJP) had two candidates and the Congress none. The remaining female contestants from the community were mostly independent candidates.

Polling amidst a raging pandemic: Anecdotes from West Bengal