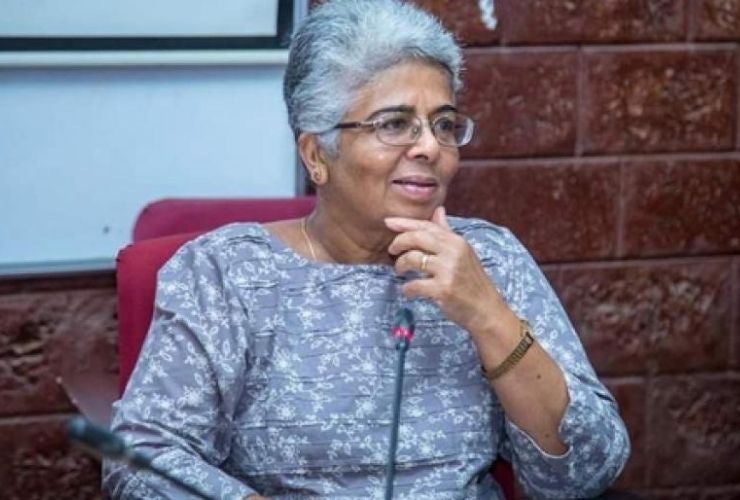 Women make a mark in media. This interview of Ammu Joseph by Nirmaldasan appeared in the Journalism Online newsletter

ND: Congratulations on your being awarded the Donna Allen Award for Feminist Advocacy. What do you think is the significance of this award in terms of the status of women journalists in India?

AJ: I’m not sure there is any direct connection between the award I’ve just received and the status of women journalists in India. The only special significance of this particular award is that it recognises work done to promote the rights, freedoms and interests of women (and minorities) through the media. I presume this refers to both writing on gender-related issues in the media and contributing to women’s professional advancement within the media.

The fact that Indian mediawomen are increasingly getting national and international recognition probably underscores the fact that female media professionals here are doing good work in a variety of media and subject
areas. And I suppose award-winners sometimes serve as role models for others. This could be an especially positive development when such awards recognise work that reinforces the concept of journalism as a public trust
and the role of the media as a watchdog of society as a whole. I guess that could serve as a necessary antidote to the increasingly market-driven, celebrity and lifestyle obsessed face of the media that has come to the fore
in recent times.

On the other hand, I often think that individual awards, which in journalism tend to be given for reporting/writing and not even editing (which includes a wide range of activities that can be equally challenging and creative),
tend to deflect attention from collective action, collaborative work, and the overall effect that emerges from the efforts of several different people —which a lot of journalism actually involves. I don’t quite know how these latter categories of journalistic work can be acknowledged and rewarded but I do think it’s worth thinking about.

Also, while it is wonderful to celebrate individual achievement, such instances must not eclipse the fact that, while some of us may have been lucky enough to have had the opportunities that helped us to achieve at
least something of our professional potential, many others who are equally, if not more, capable have just not had such chances. This is a reality that the lucky ones often don’t acknowledge enough but it was forcefully brought
home to me by a number of colleagues when I interviewed women journalists across the country for my second book (Women In Journalism: Making News).

ND: Could you tell us something about your association with The Hindu, South India’s largest selling newspaper which will be shortly celebrating its 125th year?

AJ: I can’t claim to have any special association with The Hindu, although I have been writing for the newspaper, and especially its Sunday magazine,since the late 1980s. It is, of course, a news organisation that I have
great respect for.

One of the most rewarding aspects of my association with the paper was the fortnightly column, “Spaced Out,” which I wrote for Young World for eight years (1990-98) under the pseudonym, Uma. It was really fulfilling to
receive the large number of letters from children and adolescents that came in response to the column (most of which were periodically published).

Every now and then I still meet some young person who tells me that Spaced Out was an important part of his or her growing years and that it helped him or her to understand the social/ethical issues discussed in the column and,
sometimes, to get involved in work around some of those issues. Whenever this happens I’m both amazed and gratified!

ND: You were one of the founding members of the Network of Women in Media, India. Could you describe its impact on women journalists who are a part of the network?

AJ: The network is still very much a work in progress. Since it is a collective endeavour, its evolution and potential impact will depend on everyone’s participation and contribution. Different people have different visions of and expectations from it; we would like it to fulfil a wide variety of needs and interests, both personal and professional.

In my view, the most positive aspect of it at this point in time is the fact that it emerged out of a long, slow, participatory, bottom-up process of network-building across the country, and that even before the national
network was launched in January 2002 local networks were functioning (albeit in fits and starts) in several different places. Local groups have been more active in some places than in others but many of them have established a pattern of periodic, if not regular, meetings and occasional special events, most of them relating to the media and/or gender. Some also use e-mail listserves to streamline communication and foster the sharing of ideas and resources. And, of course, the NWMI website — now six months old — is a potentially good forum for professional and personal enrichment.

I can’t honestly claim that the network has had a major impact on women journalists as a whole. But there does seem to be a growing, spreading sense of belonging to a larger community of mediawomen who care about each other, about gender and other important issues, and about professionalism and ethics in the media. Of course, there must be many nay-sayers as well.

But, as a senior journalist remarked at the monthly meeting of the Bangalore network last week, even among those who don’t participate much in group activities, there seems to be some degree of comfort in the knowledge that
such a group exists. Journalism students at a media institute in the city recently worked on a story on the network for their lab newspaper; although the young journalists they interviewed have not yet joined the network, they
seemed to think that a professional association for women in the media was a good idea.

It is, of course, always a challenge to keep informal collectives going without the customary hierarchical structures, formal designations, etc., but the decision to give collective functioning a chance was made after considerable debate during the first national workshop in January 2002.

ND: You began your career at Eve’s Weekly. But all women’s magazines seem to be concerned about fashion, film and gossip. Can the network bring about a change in the common woman’s mindset?

AJ: I was lucky enough to have started my career in a women’s magazine at a time when the contemporary women’s movement(s) in India was/were getting under way. Some of us working in women’s magazines then believed that the publications had an important role to play in the lives of their readers, providing them with a window to the world, widening their horizons, enabling them to critique society and women’s position within it, and so on. We managed to do quite a lot to change or, at least, add to the traditional women’s magazine formula of cookery, fashion, beauty, and crafts. Anyone who takes a serious look at magazines like Eve’s Weekly from the late 1970s
through the 80s would recognise the transformation that did take place during that period. What has happened to women’s magazines from the 1990s onwards is really sad. But then so is what has happened to some mainstream newspapers as well!

I’m not sure one can say there is any one ‘common woman’. Many apparently ‘ordinary women’ have very clear ideas about gender disparities and injustice while many outwardly extraordinary women harbour very traditional,
retrograde ideas. This is true of women in the media as well. I think the challenge for all of us —men and women — in the media is to ensure that the media do not remain content to be the opiate of the masses or, rather,
the middle classes!

ND: Your role as visiting professor at the Asian College of Journalism in creating an awareness in gender studies…

AJ: I enjoyed my three-year stint at the ACJ, conceptualising, developing and teaching an elective course meant to introduce gender issues to future journalists. The main theme of my song was that ‘women’s issues’ cannot and
should not be narrowly defined and compartmentalised. It is often assumed that gender is only about issues such as dowry, violence against women, etc. —important as those issues are, they are not the only ones that have to do with gender. Through modules like gender & development, gender & economic issues, gender & politics, gender & culture, I hoped to help students see that every event or issue covered by the media had to be examined through a gender lens, as well as a caste lens, a class lens, and so on, if it was to be understood and presented in as complete a manner as possible. I learnt a lot preparing for my classes, and I hope the students also learnt something through the course.

ND: Do tell us something about the books you have written or edited.

AJ: Two of the books have to do with the media and gender: “Whose News? The Media And Women’s Issues,” co-authored/edited with Kalpana Sharma (Sage, 1994), and “Women In Journalism: Making News” (The Media Foundation/Konark, 2001). A new edition of the former and a paperback edition of the latter will, I hope, be out next year. Kalpana and I also jointly edited “Terror, Counter-terror: Women Speak Out” earlier this year (Kali For Women, India, and Zed Books, UK, 2003). In addition I have contributed chapters to a number of books, including a couple of international anthologies, on gender/media matters.

Another set of publications that I have contributed to and co-edited emerged from a fascinating group project on gender and censorship which involved women creative writers in ten Indian languages. The latest in the series is
“Storylines: Conversations With Women Writers” (Women’s World India/Asmita, 2003); the three others are: “The Guarded Tongue: Women’s Writing And Censorship In India,” “The Tongue Set Free: Women Writers Speak About Censorship,” and “Speaking In Tongues: Gender, Censorship & Voice In India” (all jointly published by Women’s World and Asmita).

ND: Your advice to the upcoming women journalists in the country…

AJ: I don’t think I am in any position to proffer generalised advice to anybody. Nor, I suspect, would upcoming women journalists be waiting with bated breath for pearls of wisdom from me. Like many other ‘seniors’ in the
profession, I’m always available to those who want to discuss options and decisions with me. But more importantly I hope that the network(s) everywhere prove to be lively fora where meaningful mentoring as well as a healthy exchange of ideas can take place across generations, genres, etc.