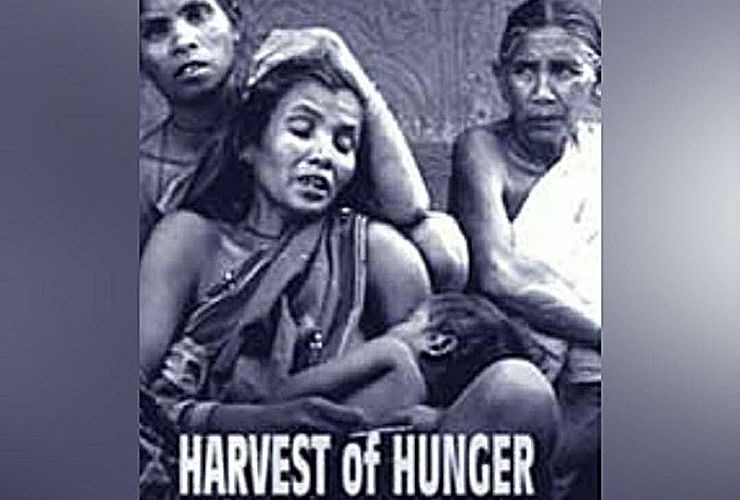 Women in Journalism Then and Now

Rupashree Nanda, an alumna of Jamia Millia Islamia, won a National Award for documenting the plight of the landless and marginal farmers of Bolangir in Orissa who are forced to migrate to stave off hunger. The gutsy young director filmmaker Rupashree Nanda’s debut documentary, the 60-minute-long Harvest of Hunger, has struck gold by winning the Rajat Kamal for Best Investigative Film at the 52 nd National Film Awards. The film depicts the struggle of the landless and marginal farmers to beat hunger on a day-to-day basis. “We have tried to document one of the worst droughts that hit Bolangir and its aftermath,” says Nanda, a Masters in English from Utkal University. The drought that hit Bolangir, a western Orissa district in 2000, was one of the worst in recent history.

It has been painstakingly documented in the film that focuses on food security, distress migration and bonded labour. Villagers turn to labour contractors for loans and are packed off to brick kilns in Andhra Pradesh where they are subjected to one of the worst forms of exploitation. Those who are left behind fare no better as they battle hunger hopelessly and even sell children to put starvation at bay, but finally succumbing to it.

It is a grim picture of human exploitation in all its tragic dimensions. “I wanted to make the film stark in form and content, no special effects because reality is a hundred times starker, “says Nanda.

After getting her master’s degree in mass communication from the Mass Communication Research Centre in Jamia Millia Islamia in 1999, she began making documentary films as she felt they would give her a bigger canvas and more freedom. “I wanted to be a journalist since I was a child. Eight months of research went in to this film before I started shooting in September 2000,” says young Nanda, who thanks the producers, Actionaid India, for giving her a free hand. The film overshot the meagre budget of a little more than
Rs five lakh.” My resources dried up but I never compromised.”

The film is interview-based and, among others, there is also an interview with economist Amartya Sen who blames lack of social imagination, fed by a rigid class structure, for the situation in drought-prone western Orissa.
The camera follows villagers as they turn to labour contractors for consumption loans. Then, to repay these loans they migrate as bonded labourers to brick kilns in Andhra Pradesh.

The film has been shot on location in various villages in Bolangir in western Orissa and Shameerpet in Hyderabad, too. Nanda says, “They are subjected to one of the worst forms of exploitation, working almost 18 hours a day in the brick kilns and subsisting on a diet of broken rice for eight months.”

The labour market in Bolangir is worth Rs 40-50 crore and comprises 1.5 to 2 lakh people. Children constitute one-third of this labour force. As Amartya Sen points out in the film, “The first impact of a drought or flood is not through the food market but through the employment or labour market.” The film also convincingly argues that the brick kiln industry flourishes on migrant labourers as they are skilled and at the same time come cheap. In this saga of human suffering, both human and constitutional rights are violated, year after year.

Those left behind in the dry land of Bolangir battle hunger, succumb to starvation and sell children to survive. Many committees come to inquire and investigate. This only serves to mock at people’s suffering and further alienates them from the state.

Nanda says, “It is sad to see the game of one-upmanship among politicians and bureaucrats at the expense of one of the most oppressed communities. When the monsoon comes, the migrants return empty-handed, hoping never to have to migrate again. However despite a good monsoon, they are on their way to the kilns again.”

Currently working on a film on Right to Information and the anti-Suktel dam project, Rupashree belongs to Bolangir and is conversant with the society and the language i.e Koshali. Nanda is all praise for the people, “Some saw me as a sister, some as a friend. They gave me food and shelter when necessary. Though vulnerable themselves, they protected me in the brick kilns whenever the seths or munshis threatened or abused. They trusted me and shared their lives with me. If I could dedicate this film to anyone, it would be to those dignified people. I became one of them,” says Rupashree, whose commitment becomes transparent when she talks about the people for whom, year after year, it is just a harvest of hunger.

Women in Journalism Then and Now