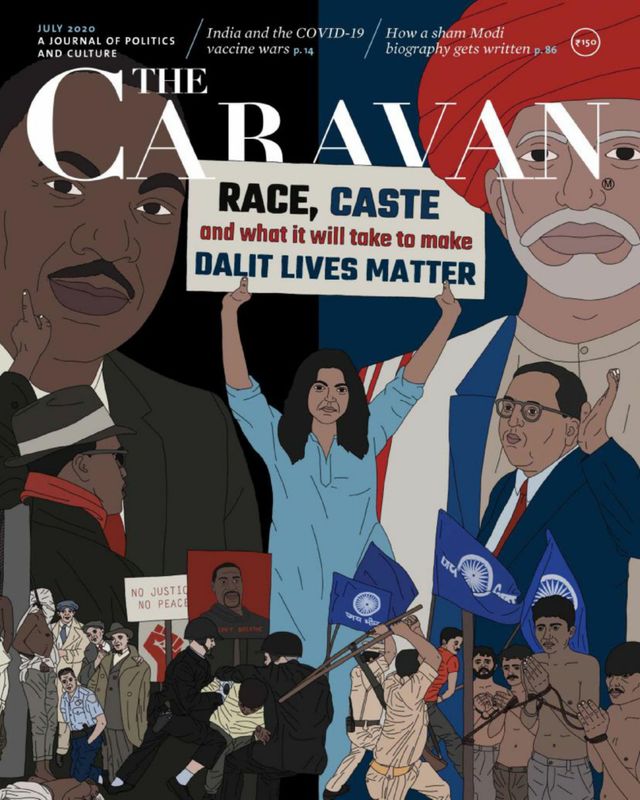 Connecting through literature: The Artist and the Internet

The Network of Women in Media, India, condemns the attack on three journalists- Shahid Tantray, Prabhjit Singh, and a woman journalist (identity withheld) of The Caravan magazine. The physical attack on all the three journalists and the sexual harassment and of the woman journalist, while reporting, are serious assaults and represent a setback to press freedom. This incident is a chilling indicator of the grave risks to on-ground reporting that journalists in India have been facing, even in the national capital.

On August 11, the three reporters were in Subhash Mohalla of Northeast Delhi to carry out a valuable follow up reportage five months after the communal violence in Delhi in February. In an attempt to stop the three reporters from reporting, a mob assaulted them, threatened to kill them, and used communal slurs. According to reports ascertained by The Caravan, a prominent member of the mob was an office-bearer of the ruling party, BJP. The mob also tried to force the team members to reveal their sources and also delete their video footage and photographs taken while reporting.

NWMI learns that one of the reporters, Shahid Tantray, was targeted for his Muslim identity and had to be rescued from a lynch mob. The second reporter, Prabhjit Singh, said in his complaint, that were he not present, “the mob led by that saffron-clad man would have lynched Shahid for his Muslim identity.” In the shocking and reprehensible attack, the third reporter was sexually harassed and physically assaulted. After the mob began attacking her, she managed to extricate herself and escape to a neighbouring lane. The mob surrounded her and took her pictures and videos without her consent, and verbally harassed her. A man, part of the mob, exposed his genitals to her, shook his penis and made lewd facial expressions at her. As the woman staffer ran and attempted to reach the police station, the mob attacked her again. The attackers beat her on her head, arms, hips, and chest.

The attack on the three journalists once again raises major concerns over the safety of journalists in India. Despite the fact that press freedom has been recognised as part of freedom of speech and expression under the Constitution, journalists in India are being repeatedly subjected to physical assaults. According to a report collated by Rights and Risk Analysis Group, between March and May, 55 journalists have been targeted for doing their job.

The pattern of aggressive mobs targeting journalists on the basis of their religion and gender was also seen recently during the Delhi violence in February. This is a grave and serious threat to the Indian media and the democratic ethos of the country. The fact that such incidents continue also demonstrates the lack of political will to create a climate for free expression and press freedom.

The incident demonstrates the impunity enjoyed by political groups. These physical attacks are part of the ongoing trend to promote self-censorship, as it could act as a deterrent to journalists from seeking the truth, reporting from the ground, and doing their duty.