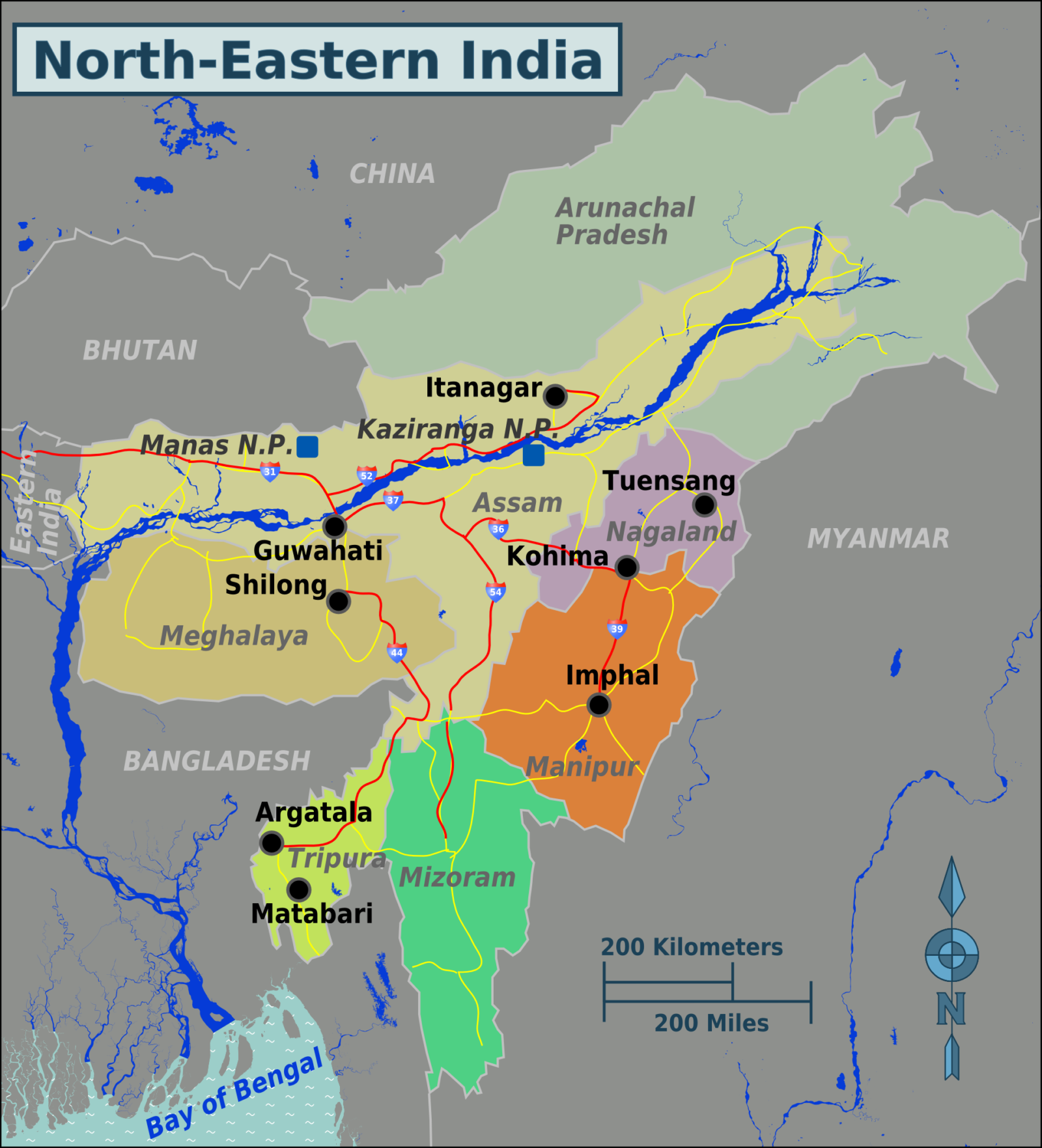 Chitra Ahanthem, NWMI member from Manipur, busts myths about the recent ‘saffron wave’ that is supposed to have swept some of the states in northeastern India, and questions the terminology of ‘North East’ itself.

You had to be there. A snapshot of politics, history, culture and life in Manipur was on offer when long-time NWMI member Chitra Ahanthem, former editor of Imphal Free Press, spoke at an event organised by the Network of Women in Media, Bangalore (NWMB), at the Press Club of Bangalore on March 28, 2018. Her stories and insights ranged from the ostensible ‘saffron wave’ in the north-eastern region in general and her home state in particular, the inaccurate compacting of the ‘North East’ into a singular clump, the interpretations of Hinduism amongst the state’s majority Meitei population, the life of Irom Sharmila after she ended her 16-year-long fast, and the contestations between scripts over language in Manipur.

The BJP’s key role in governance formation in four of the north-eastern region’s eight states – Manipur, Tripura, Nagaland and Meghalaya – over the last 12 months has repeatedly been called a ‘saffron wave’. According to Chitra, however, it is merely a familiar pattern repeated over decades, of regional parties aligning themselves with whichever party is in power in the central government. Speaking of Manipur, she said, “Because you are a small state which does not have a big economy – like most states in the north-eastern region – and does not have enough resources, you always depend on economic packages from the centre. There is always this idea that if the government at the state is also a part of the government at the centre, then the state will get much more economic aid. That plays a very important part in voting patterns.”

The anti-incumbency factor comes into play across regional parties – for example, the only other party with any hold over Manipur’s politics, even if only in opposition to the party at the Centre, will always be a regional player, not national one. According to Chitra, “When the Congress is ruling at the centre, then either the Congress or a regional party with local roots will rule in the state; you won’t have any other party, like the BJP or TMC, forming the government – it doesn’t work like that.”

The approach was either to go with the central government to get your aid package or to assert your identity with a regional party. Most regional parties were not able to last the full term, she said. As she put it, when the BJP formed the government at the centre in 2014, “then you knew what you were playing into… For us the honest opinion is that there is not going to be a saffron wave if there is no BJP at the centre.” The principle, she said, applied even in states like Tripura where the BJP was part of the alliance that last month toppled decades of CPM rule.

According to Chitra, the BJP’s ideology, which could appear to be gaining ground in large mainland states, “is not going to hold true” in the north-eastern part of the country. In Manipur, she said, there was already some churning within the state’s Hindu/Meitei majority over the resistance to what she called the BJP’s all-encompassing “Hindutvaisation.”

Chitra pointed out that Manipur’s Hinduism is only around 300 years old, brought into the valley by an 18th century monarch who converted to Hinduism and forced it on his subjects as a state religion. Introduced with violence, Hinduism merged with the region’s indigenous culture over three centuries to create a unique combination that flourishes even today. Chitra spoke about how the often lactose-intolerant Manipuris, who traditionally derived their protein from fish and meat, began to turn vegetarian, and to move from burying their dead to cremating them.

Chitra’s prediction for Manipur’s future does not foresee a homogenous saffronisation despite the state’s Hindu majority. “Now, with the BJP coming in,” she said, the churn in Manipur “is going to become more traumatic” due to the tussle between the BJP’s enforced, one-size-fits-all Hinduism and the Meitei people’s interpretation of the religion that exists hand in hand with an indigenous identity.