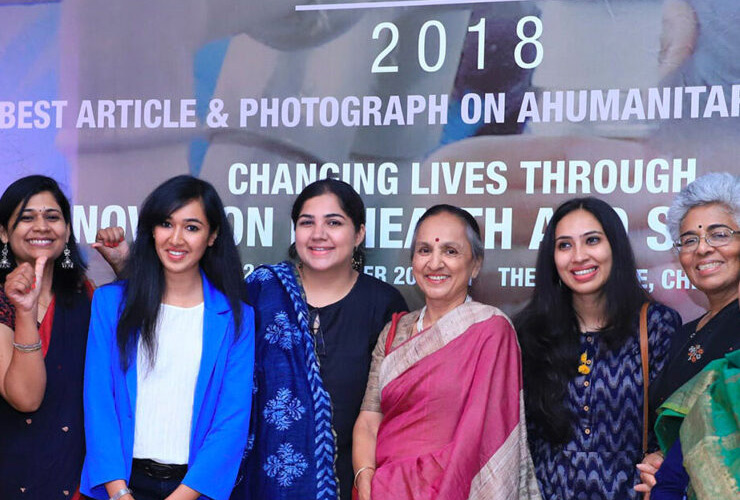 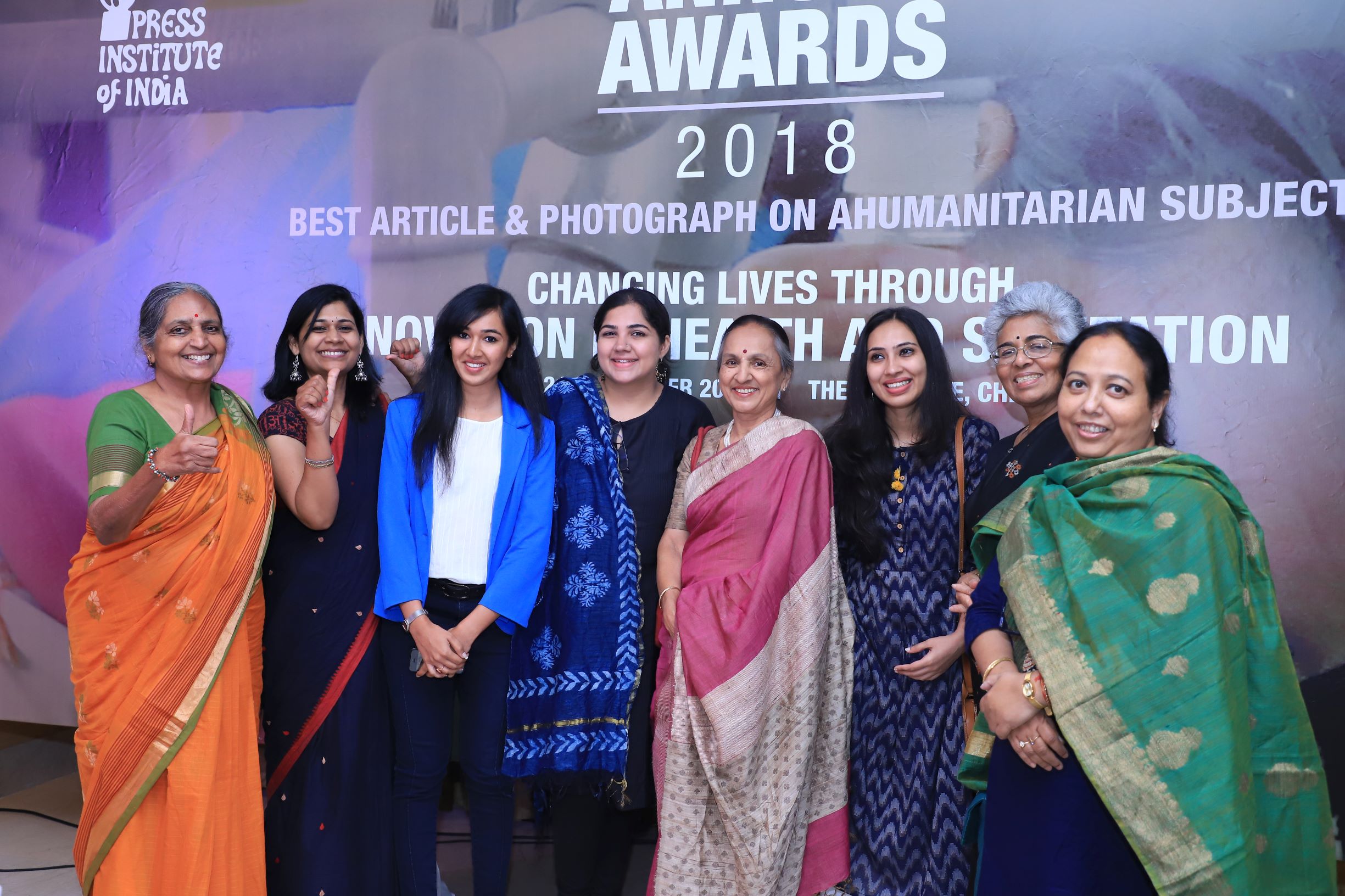 The Annual Awards 2018 for the best articles and photographs on a humanitarian subject, instituted by the Press Institute of India (PII) and the New Delhi Regional Delegation of the International Committee of the Red Cross (ICRC), were announced and presented in Chennai on 21 September 2018.  Two NWMI members, Maitri Porecha and Rakhee Roytalukdar, were among the eight awardees.

The theme of the PII-ICRC Awards this year was “Changing lives through innovation in health and sanitation.”  A total of 44 articles and six photographs were received from journalists and photographers based in different parts of the country.  Although the majority of articles were in English, about a quarter of the entries received were originally in various Indian languages, including Hindi, Malayalam, Marathi and TamiL.

While reading the entries received for this year’s awards, what gave me more hope than I have felt for a long time about trends in the media was the fact that almost all the writers had chosen to focus on innovations in health and sanitation that have the potential to benefit people from traditionally deprived sections of society.

Some years ago I used to write a regular column on media coverage of various subjects.  At least two of these pieces examined media coverage of health in general and health-related news in particular.  One of my observations at the time was the skewed nature of a lot of health coverage.  As I asked in a 2009 piece, “Why is it that swine flu makes major national headlines while encephalitis, which has claimed many more lives this year (not to mention malaria, tuberculosis, gastroenteritis, etc), does not?” One can think of several other, more recent instances of “sexy” diseases and ailments grabbing media attention while many health issues that are often more widespread and life-threatening, especially those that affect large numbers of socially and economically disadvantaged people, including children, receive far less attention, if any at all.

Articles by the award-winners and those who received special recognition during the awards ceremony last week effectively bucked this trend.  But what was as encouraging was the fact that they were actually not exceptions, at least in terms of focus.  Almost all the 40+ journalists whose articles were in the fray this year had opted to highlight relatively simple – not super hi-tech – innovations aiming to improve the health status and/or access to healthcare of poor or otherwise marginalised fellow citizens.  This is particularly gratifying at a time when much of the media has little time or space for those at the bottom of the economic and social pyramid.  All of them deserve appreciation for swimming against the tide, as it were, to bring these stories to public notice. 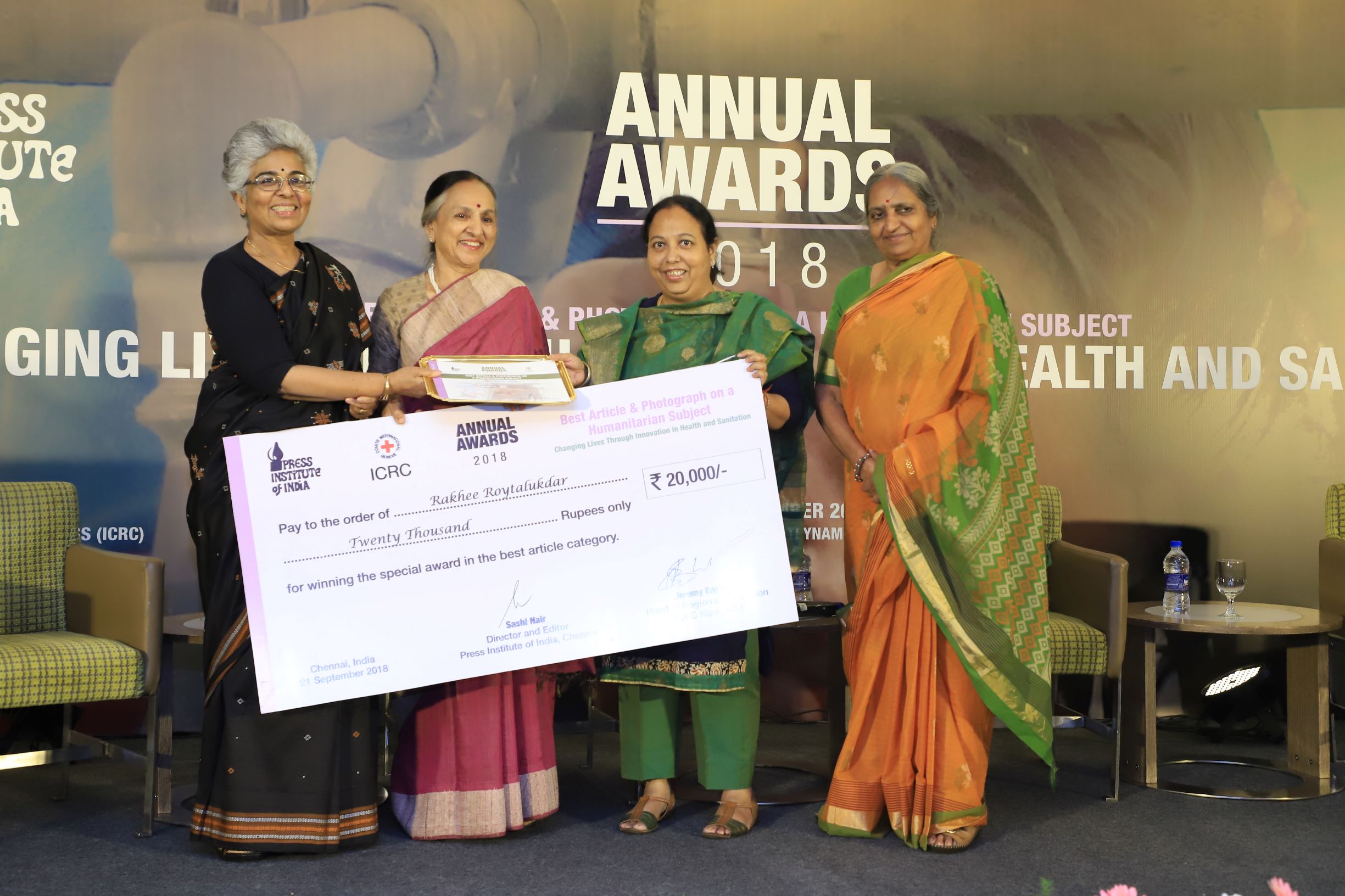 Some of the articles did not neatly fit into the prescribed theme but were commendable for drawing attention to the need for innovation in certain neglected areas and aspects of health and sanitation which barely make it to the media radar much of the time.

Some did so exceptionally well and received recognition last week as outstanding examples of journalism.  One, by special award winner Vikhar Ahmed Sayeed, was a fascinating, detailed inquiry into a low-profile, often fatal disease commonly known as “Monkey Fever” that is reportedly spreading across states along the west coast of India, especially in the Western Ghats (“Beware the ticks of Kyasanur”).  Reporting on this zoonotic disease for Frontline involved days of travel in affected areas, running the risk of being bitten by infected ticks.

The other, by special award winner Tabassum Barnagarwala, published in the Indian Express, was a truly eye-opening account of the ordeal of a young girl from a hamlet in a hilly tribal area after falling off a tree and damaging her spine (“Tracing an 8-year-old’s 467-km journey to undergo spinal surgery in Maharashtra“).

Who would have thought, for example, that a wheelchair, donated in good faith by a well-meaning organisation in the expectation that it would make the paralysed child’s life a little more bearable, would be virtually useless back home, thanks to the topography of her village?  The facts reported in the story brought home the fact that most of us, cocooned in many ways by the wide range of privileges we enjoy as a matter of course, cannot even imagine the dire situation of a paraplegic child (or adult, for that matter) in such difficult circumstances.  Tragically, Ravita Valvi passed away on 22 August 2018, two months after the article was published – almost a year after she was paralysed waist down.

The topic of another remarkable article among those received has been in the news this month, due largely to the recent deaths of five young men employed to clean a septic tank in an upmarket residential community in New Delhi in early September.  According to an editorial in The Hindu last week, around the same time as the Delhi incident, five workers died in a septic tank in Odisha.

“Swachh Bharat’s Forgotten Soldiers” by Shalini Nair, published in the Indian Express, was not only a rare sanitation story but a health story as well – besides, of course, being a human rights story that highlighted the persistence of the pernicious caste system very effectively.  As The Hindu’s editorial pointed out, the Prohibition of Employment as Manual Scavengers and their Rehabilitation Act, 2013, prescribes mechanised cleaning of septic tanks. However, despite a well-funded, central government-promoted programme such as the Swachh Bharat Abhiyan being in operation, little attention is devoted to this aspect of sanitation. The Ministry of Drinking Water and Sanitation, which brought out a manual on toilet design in 2016, acknowledges that mechanical pumps to clear septic tanks are not available in rural areas. They are clearly scarce in urban areas as well, including “tony” areas in the capital city.  As the editorial stated, “India’s sanitation problem is complex, and the absence of adequate toilets is only one lacuna.”

Nair’s article quoted an occupational health expert who has documented the high mortality and morbidity rates of sewer and septic tank workers.  According to him, the life expectancy of sewerage workers is 10 years less than the national average.  Most workers die from chronic illnesses, top amongst which are respiratory diseases.  A medical examination of 200 such workers pointed to the “irreversible damage such hazardous exposure does to the organ systems.”  Besides the obvious effects of their work on their skin and respiratory system, their bodies were constantly fighting infections and very few reached the retirement age of 60.

Surely it does not take a great deal of innovation to tackle this outrageous, unacceptable situation in terms of both sanitation and health?  Often what is lacking is not innovation per se but the will to use innovation to eliminate such practices that certainly do not belong in the 21st Century.  It is significant that Tuesday, 25 September 2018, was observed as a day when the nation would unite against sewer deaths – or ought to (“Stop Killing Us”). 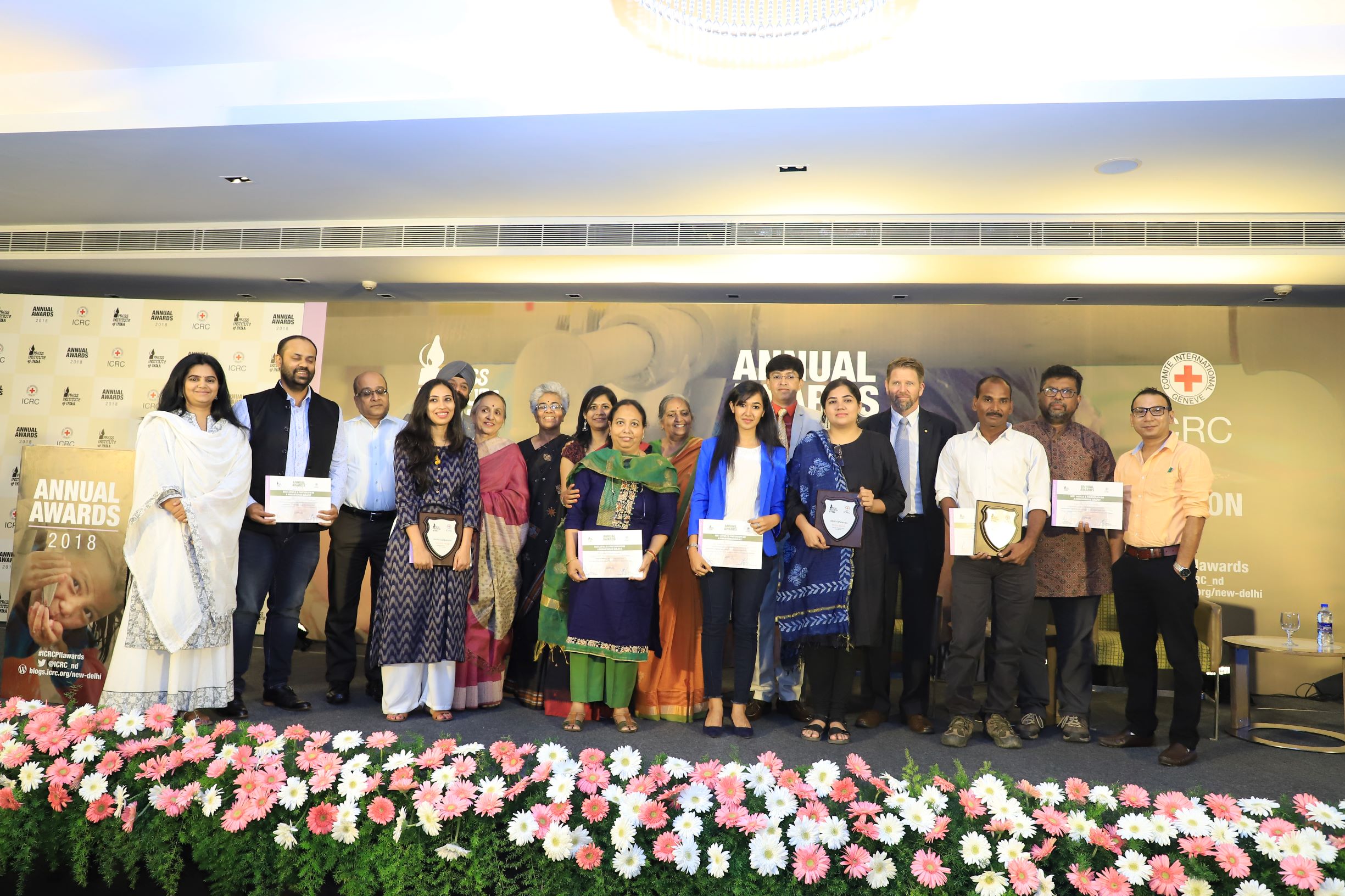 The response to the Photography award was disappointing this year, with only six entries.  Neeraj Gautam, senior photojournalist with Rajasthan Patrika, won the first prize for his photograph capturing women using a simple but innovative way of bathing their children so that the water could be recycled and reused in an area that faces water scarcity, especially in the summer months. Mumbai-based Indranil Mukherjee of Agence France Presse received a special award for his dramatic photograph of a Rohingya woman receiving an oral cholera vaccine at a refugee camp in Bangladesh.

By instituting annual awards for articles and photographs on a humanitarian subject the PII and the ICRC are providing welcome recognition and reward to journalists who still believe that their work should aim to help make the world a better place for all.